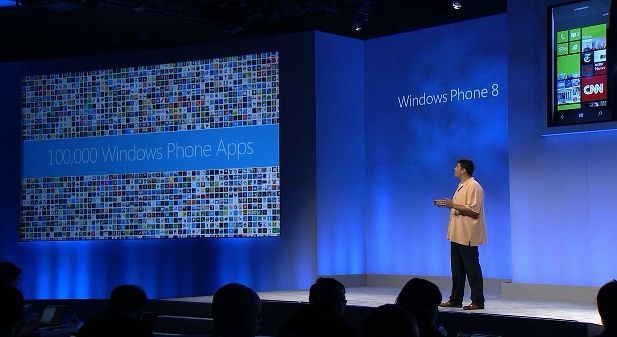 It's official: Microsoft announced at its developer conference in San Fransisco earlier today that the Windows Phone Marketplace now has 100,000 apps available to download for Windows Phone 7.x users. The app download store reached the 50,000 app milestone in late December.

This seems to show that Windows Phone is gaining more and more developer support, even though Microsoft's mobile OS still lacks some major mobile apps such as Pandora. A recent study showed that Windows Phone projects had increased by as much as 600 percent in 2012 compared to a year ago.

Microsoft also announced today that game publisher Zynga will bring two of its most popular games to Windows Phone, Draw Something and Words With Friends, to the Windows Phone platform in the near future; a specific release date and pricing was not announced.

As we have previously reported, app developers who make software for the current version of Windows Phone will be able to have those apps run on the upcoming Windows Phone 8 when it launches later this year.