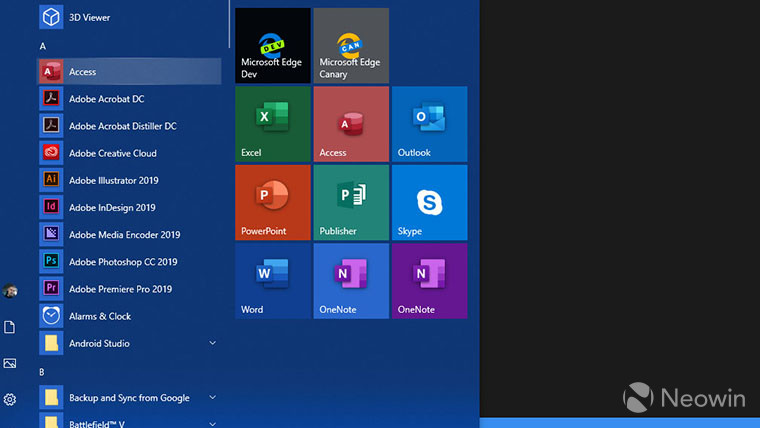 Late last year, Microsoft unveiled all-new icons for its Office apps, redesigning them for the first time since 2013. One of the goals was to separate the letter from the icon, something that we've seen from Word, Excel, PowerPoint, and more. Two apps that were never talked about in regards to new icons are Access and Publisher.

That changes today though, as Office Insiders are getting a new Access icon today, which can be seen in the image above. For the time being, we can see that the icon is not aligned with the rest of the icons, nor is it the same size. It's a start though, and hopefully we'll see something soon for Publisher.

Microsoft's Office icons have been rolling out across the board, and the firm really hasn't been consistent about it. Just about every platform except for Android has the new icons for the key apps like Word, Excel, and PowerPoint, although everyone has the new Outlook icon. The new Skype icon is available on iOS, but seemingly nowhere else.

It's all coming soon if you don't have it yet. The new Access icon is notable though because Microsoft never even confirmed that it's coming. Up until now, Access has remained a mystery in terms of new icons.