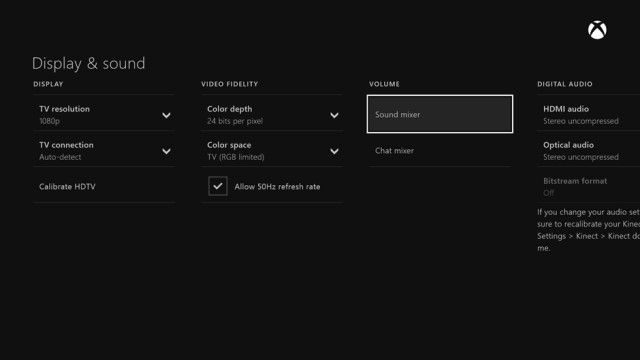 Microsoft's Xbox One early access program is for people who want to test system update before they are released to all owners of the console and it's getting some new features, including a sound mixer for apps.

The Xbox Wire website has the details on this new addition, which can be seen in the screenshot above. It states:

Microsoft is also adding an optional feature in the Settings section that, when enabled, allows the Xbox One to collect voice samples via Kinect so the team can use them to help improve the console's voice command experience. Microsoft states, "This is completely optional and all voice data shared via this setting will be used for product improvement only."

Finally, the early system update will enable users to immediately download the next update, without having to wait for the automatic rollout, when it becomes available. All of these features should be released to every Xbox One owner later in May.