Microsoft has teamed up with the University of Maryland, Redox Power Systems LLC and Trans-Tech Inc on a project that aims to develop revolutionary fuel cell technology. The group has been awarded $5 million by ARPA-E (Advanced Research Projects Agency – Energy) to fund the project.

Initially, it is hoped that the technology will lead to greener and more energy efficient datacenters, but the potential applications extend much further than this. While fuel cells have been widely acknowledged as being highly energy-efficient, with the potential to generate power with virtually no greenhouse gas emissions, the high cost of the technology continues to impede widespread adoption.

The collaboration between Microsoft and its partners will explore cheaper and more sustainable datacenter designs using this technology. The partners will be working together to develop ‘enhanced fuel cells’, which Microsoft will then test in its datacenters to independently assess their performance and efficiency.

Sean James, Senior Research Program Manager for Microsoft Global Foundation Services, explained: “Our vision is to bring the power plant directly into the datacenter by integrating fuel cell stacks into every server cabinet, effectively eliminating energy loss that otherwise occurs in the energy supply chain and doubling the efficiency of traditional datacenters.”

If the project is successful, James added, “the resulting system could be significantly less expensive than traditional datacenter designs. Overall, we believe the advancements being made in fuel cells will someday change the game in terms of how energy is delivered and managed.” 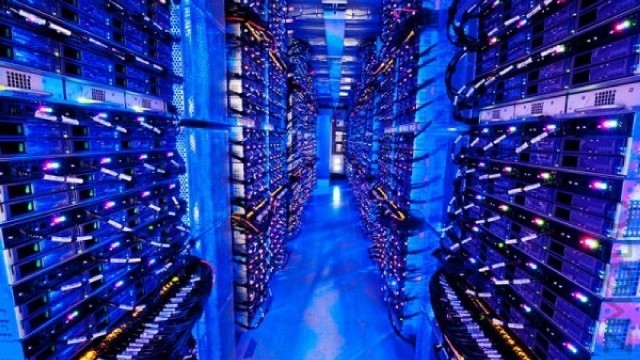 Microsoft’s involvement in the project is potentially more significant than just its participation through trials in its datacenters. As a key partner in the project, it is hoped that the company will also be a major force in driving adoption and helping to bring down prices of the technology.

Bryan Blackburn, chief technology officer of Redox, explained: “In this case, the partner is also the potential customer. If Microsoft adopts these fuel cell systems at a large scale, they could provide just the right initial market and critical mass to drive the cost of our fuel cells down even further.”

With web and cloud services becoming ever more essential, the need for larger and more efficient datacenters is only going to grow, making research like this increasingly important. But the technology also has broader applications, with Redox hoping that transformational natural gas fuel cells will eventually be used for heating and cooling for homes, power-generation in stores and malls, and even uses in transportation.