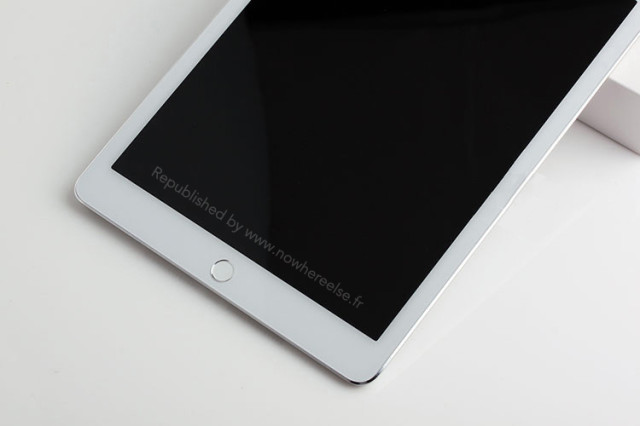 Apple just can't seem to get a break when it comes to leaks as the "iPad Air 2" has found its way online sporting a Touch ID finger sensor that can currently be found on the iPhone 5S. While the world has been focused on the upcoming iPhone 6, it was only natural that Apple would be preparing successors to some of its most popular devices like the iPad Air and iPad Mini.

As the iPhone 6 has also been outed, it's time to take a look at Apple's next tablet, the iPad Air 2. While we don't know if this is an official title, the pictured tablet will likely become the successor to the current iPad Air. Although most leaks are taken with a grain of salt, NowhereElse has been fairly reliable when it comes to Apple leaks, exposing the original iPad Mini before its official release. 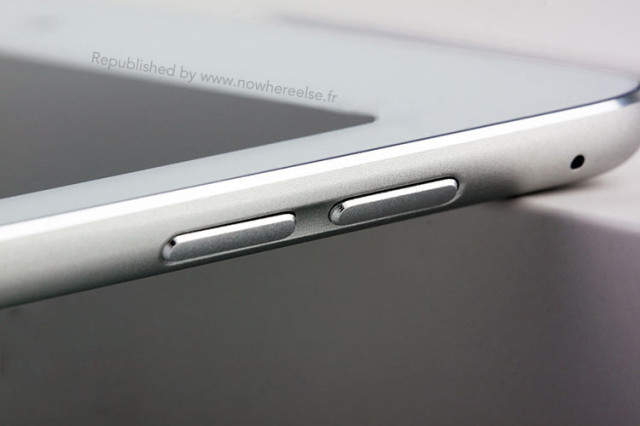 The iPad Air 2 also has a couple aesthetic changes as well, including sleep/wake/power and volume buttons that sit flush with the unit. NowhereElse also reports that the obtained dummy model does not have a lock switch. This is currently used to lock orientation or mute the sound. Although this is dummy unit, it gives us a fairly reliable look at what could possibly be the next iPad Air.