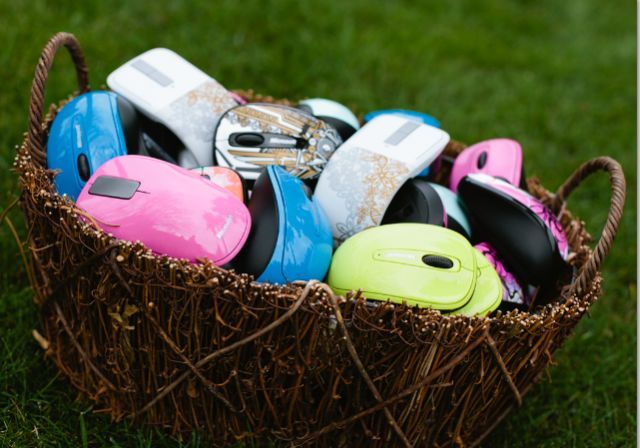 With Easter just a few days away, some people are either on vacation already or about to take some time off. However, two companies are using the Easter holiday to come up with a way for people to win some nice prizes. Microsoft has announced this week it is teaming up with the very popular social networking site Pinterest for a contest that celebrates Easter and the start of spring in an unusual way. 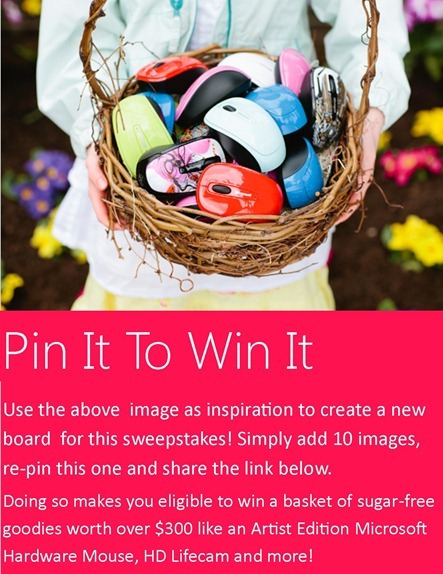 One of the traditions of Easter is the basket filled with Easter eggs. Much of the time, those eggs are in fact candy-based or plastic that is filled with candy. Microsoft and Pinterest wanted to create a new kind of Easter Egg basket that's filled with different non-sugar based items, such as the pictures above where the basket has a bunch of colorful Microsoft mice inside.

If you do that before noon Eastern time on April 6, you are eligible to win some prizes from Microsoft, including an Artist Edition mouse, an HD webcam, 60 minutes of Skype credit, and an Arc keyboard; the total value of the prize package is $300.