On August 2, Microsoft's new Xbox One S officially went on sale, starting with the 2TB Launch Edition, priced at $399. That model won't be around for much longer, but pre-orders are already open for bundles featuring the more affordable versions of the new console.

Today, Microsoft announced another new bundle - and it may well prove popular among fans of the beautiful game. 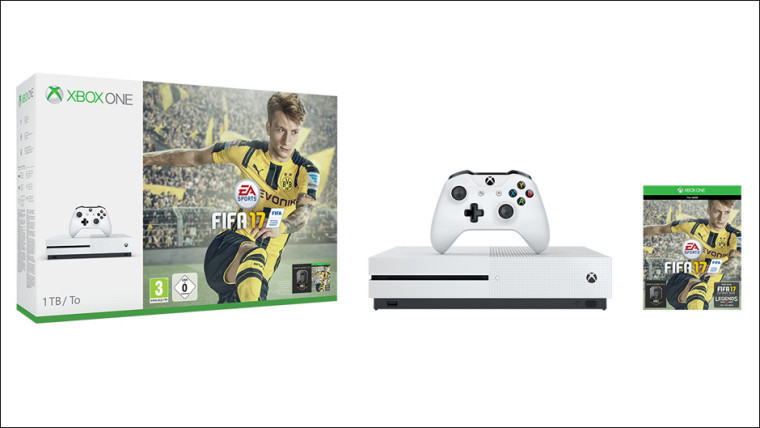 On September 22, Microsoft will release its new Xbox One S FIFA 17 bundles, "packed with everything a soccer enthusiast needs to get ready for the season". They'll be sold in Europe, Australia, New Zealand, Canada and the US.

The 500GB bundle, priced at $299, includes a full-game download of FIFA 17, along with three Ultimate Team Loan Legends and one month of EA Access. The 1TB version, which will cost $349, includes all of that, as well as an Ultimate Team Rare Player Pack. The bundles are priced from £249 in the UK.

Additionally, those who purchase the bundle will get to play FIFA 17 five days before its official launch. Gamers with an EA Access subscription on the older Xbox One will also get this early access to play FIFA 17 before its wider release.

You can preorder the new Xbox One S FIFA 17 bundles now via the Microsoft Store.