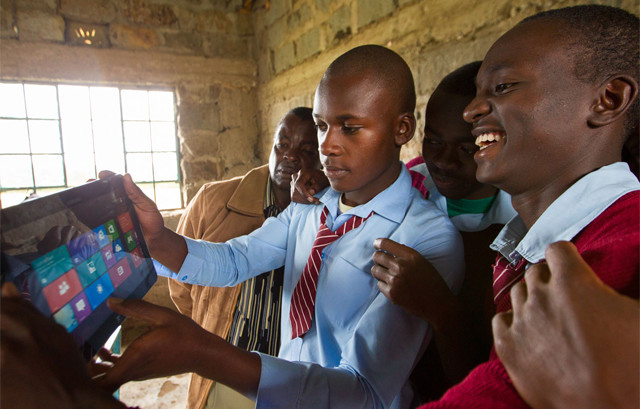 Microsoft launched its 4Afrika Initiative earlier this year in an effort to bring Internet access to low-income residents of Africa. So far, the company has launched pilot projects in Kenya and more recently in Tanzania. This week, Microsoft announced yet another portion of this project that's being aimed at the residents of the Limpopo province of South Africa.

Microsoft's press release states that the University of Limpopo will be the center of the pilot project, which will help provide five local schools with wireless Internet access. Solar powered base stations using the TV white spaces method will be installed at those schools.

The project will also provide each of the five schools with Windows-based tablets, projectors, teacher laptops and training, education-related content, solar panels for device charging where there is no access to electricity, and other support.

The aim of the pilot project will be to show that using the TV white spaces method for Internet access can be used to achieve the goal of the South African government to bring Internet access to all of the country's residents by the year 2020. "White spaces" are parts of the television spectrum that are no longer being used by TV stations but can be modified to send data at high speeds over long distances.