Microsoft is all set to announce a $2.5 billion deal to buy Mojang, maker of Minecraft on Monday. The deal, which has been rumoured since earlier in the week, is being aimed at bringing more users to Microsoft’s mobile platform rather than the PC or Xbox, according to Reuters.

So far, Microsoft hasn’t commented on the deal, saying that they don’t like to discuss rumours, but the potential for the game on Windows Phone devices is likely to be very compelling for the company. Minecraft creator Markus "Notch" Persson has previously stated that he wouldn’t design a Windows Phone version of the game because the market share for the OS is so small. 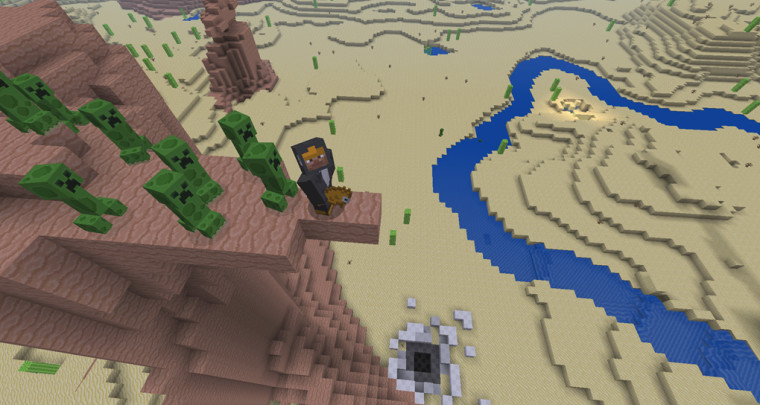 According to Dave Bisceglia, Chief Executive of independent game studio Tap Lab: “It seems like Microsoft is looking at Mojang and Minecraft as a way to tap into this enormous cultural phenomenon, If you look at iOS, Minecraft has been a top-grossing game for quite some time, if Microsoft could on Windows phones give players a unique and compelling experience that you can't get on the other platforms, that could be a driver to sell devices to existing Minecraft fans."

Minecraft creator Markus "Notch" Persson has been no stranger to turning down potential business in the past, famously cancelling an Oculus Rift port of the game in March when it was revealed that Facebook had purchased Oculus VR for $2 billion. Considering how outspoken Notch has been about his displeasure for Windows in the past, when he told Microsoft to stop "trying to ruin the PC as an open platform," this deal would be an interesting divergence from his previous beliefs.

Despite these comments, Notch has not only joked about endorsing companies for $2 billion, but also asked back in July if anyone would like to buy out his shares in the company as he was fed up with the hate coming from players of the game.