Earlier today we reported that Microsoft had quietly extended its official support for Windows Vista by five years, until April 2017. Now it appears that Microsoft has done the same thing with the current version of its PC operating system, Windows 7. While its mainstream support is still scheduled to end on January 13, 2015, Windows 7's product support page now says it will offer extended support until January 14, 2020. 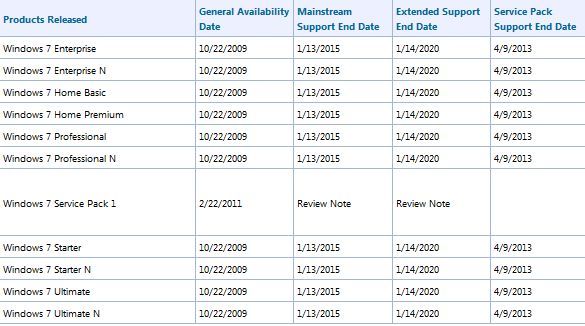 As with the Extended Support for Windows Vista, users of Windows 7 can expect to get security patches for the operating system for another eight years but don't expect to see massive patches for new features and content beyond January 13, 2015.

With this new support date extension, that means Microsoft might be officially supporting a whopping four of its Windows operating systems before too long. It plans to launch Windows 8 sometime before the end of 2012. Once that happens, Microsoft will be offering official support for Windows XP, Vista, 7 and 8 all at once. Microsoft has been urging businesses who still use Windows XP (and there are a lot of them) to upgrade to Windows 7 as soon as possible. Windows XP support will end on April 8, 2014.