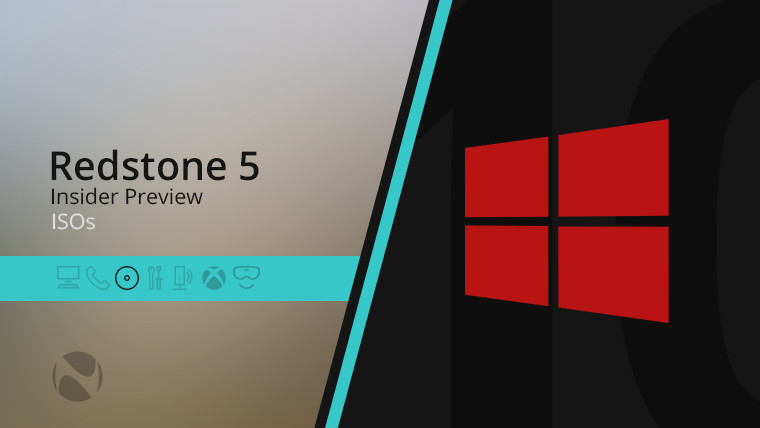 The last time that Microsoft released ISO images for Windows Insiders was on March 27, when the company published Windows 10 build 17127. That was from Redstone 4 development, which later became the Windows 10 April 2018 Update, or version 1803. It wasn't even the RTM build, which ended up being 17134.

Now, over four months later and almost six months into Redstone 5 development, the firm has finally released ISO images of the current version of Windows 10 that's in testing. Build 17713.1002 is actually the second Slow ring build that was released for Redstone 5, but ISOs were never released for the first one.

Redstone 5 has actually moved from the RS_PRERELEASE branch to RS5_RELEASE, which means that Microsoft should be winding down development now. In fact, if you enrolled your PC in the Skip Ahead ring, you're already receiving builds from the next version of Windows 10, codenamed 19H1, and those are the ones that come from RS_PRERELEASE now.

If you want to download the ISO for Windows 10 Insider Preview build 17713, you can find it here.