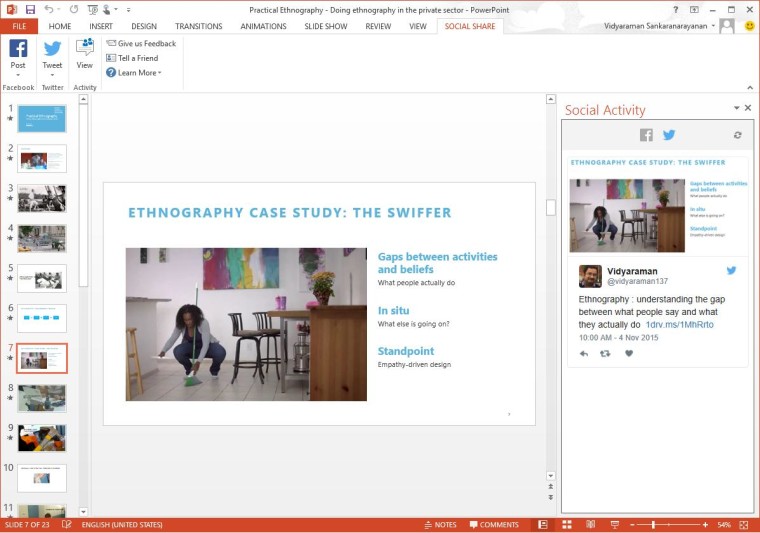 Microsoft has recently released a new plug-in for its PowerPoint software designed to facilitate the sharing of slides and decks to social media sites such as Facebook and Twitter.

The new plug-in is called Social Share and was developed by employees as part of the Microsoft Garage project lab. Social Share enables users to share their PowerPoint content to social media sites without having to leave the PowerPoint application. Users can specify how their content should be shared: as an album, a photo, a photo snip, or as a video, and they can also create shareable links via OneDrive.

As shown in the video posted above, the Social Share plug-in enables more than just the ability to share content. Once installed, it will allow users to track and respond to other social media users who comment, favorite, or interact with content that has been shared, all from within the PowerPoint application itself.

While Social Share promises to enable a greater level of integration across PowerPoint and social media platforms, Microsoft has stated that sharing albums and videos to Twitter is not yet supported as Twitter's SDK does not support this feature. Moreover, it is not currently possible to add location information or tag friends on Facebook while sharing content with the plug-in. Users who desire specific features should submit feedback through User Voice or e-mail.