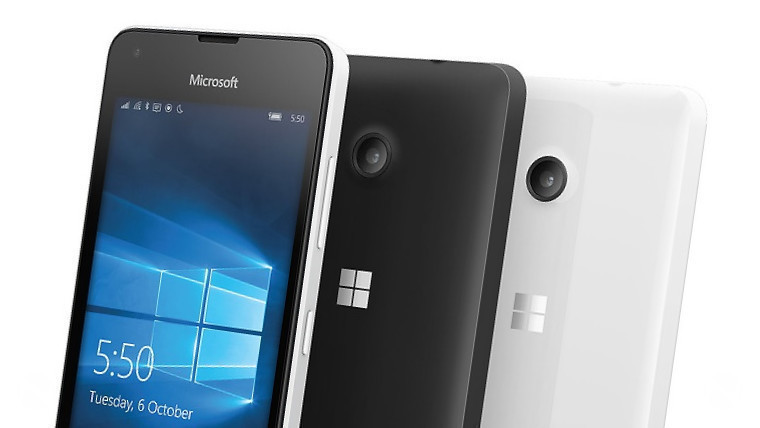 Yesterday, Microsoft removed two of its smartphones from its US store website, including the Lumia 650, its newest Windows 10 Mobile device, which went on sale in the United States just nine months ago. Now, one of its handsets has also been scrubbed from its store in the UK.

The Lumia 550 was the entry-level model in the company's Windows 10 Mobile range, and was unveiled alongside its Lumia 950 and 950 XL flagships in October 2015. In mid December, Microsoft's UK store ran out of stock of all of those devices, along with the Lumia 650, bringing an end to sales of its entire Windows 10 Mobile line-up. All four handsets remained listed on the site until today, as the company has now completely removed the Lumia 550 from its store.

The device has been deleted from the 'All Windows Phones' page on the UK store, and even if you search for 'Lumia 550' there, you'll see nothing but accessories for the 550, along with dozens of irrelevant listings for other products.

The Lumia 550 is still listed on the main Microsoft.com site, showing information about the device - but if you click on the 'Buy Now' button, it will redirect you to a dead Store page that states: "This product is currently unavailable".

Bizarrely, despite being out of stock for weeks now, the Lumia 650, Lumia 950 and Lumia 950 XL are all still listed on the UK store site, along with the Lumia 640 XL, which has been out of stock there for months, and is now almost two years old.

Microsoft's Windows 10 Mobile handsets remain available in dwindling numbers from some other retailers, although many - such as Expansys - are now out of stock, listing most of the range as having been 'discontinued'.

For visitors to the Microsoft Store wishing to buy a Windows phone, the options are now extremely limited. HP's flagship-class Elite x3 is available, but at £706.80, it won't suit everyone. The only other option is the £209.99 Acer Liquid Jade Primo, a premium handset that was originally announced in September 2015.