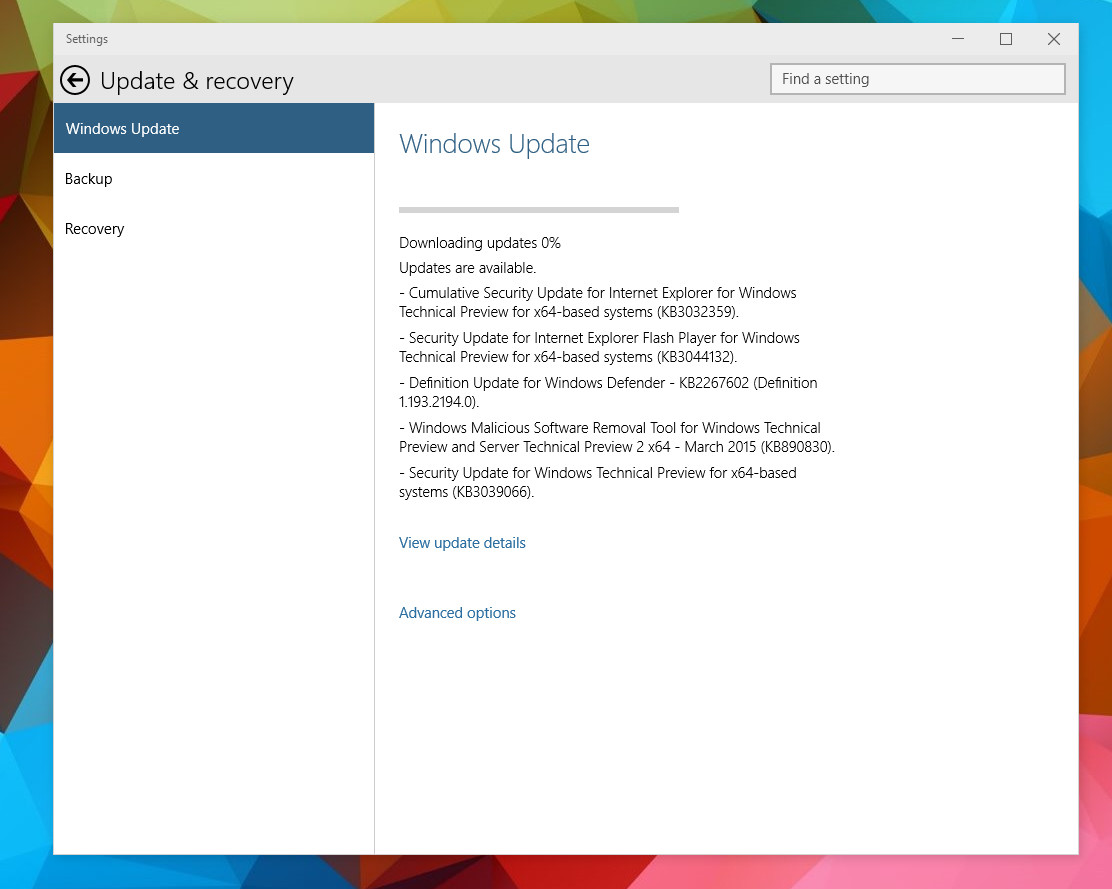 If you are running Windows 10, Microsoft has released four security patches today that you should install as soon as possible to make sure that your OS is protected. The four patches were released today as part of 'Patch Tuesday' which occurs on the second Tuesday of every month.

Microsoft has not posted up the KB files at this time but if you hit the links at the bottom of this page, they will take you to where the documentation will be posted once it is live. Based on the downloads from Windows Update, the patches apply to Internet Explorer, Flash Player, and the Malicious Software Removal Tool.

Microsoft has frequently patched these preview builds of Windows 10 and even though we do not know when the next build will be released, we do know that Microsoft is considering increasing the frequency of when they are pushed out.

While we do not expect any issues to arise with these patches, it would not be the first time if something did go wrong. Let us know in the comments below if you encounter any issues while installing the updates.