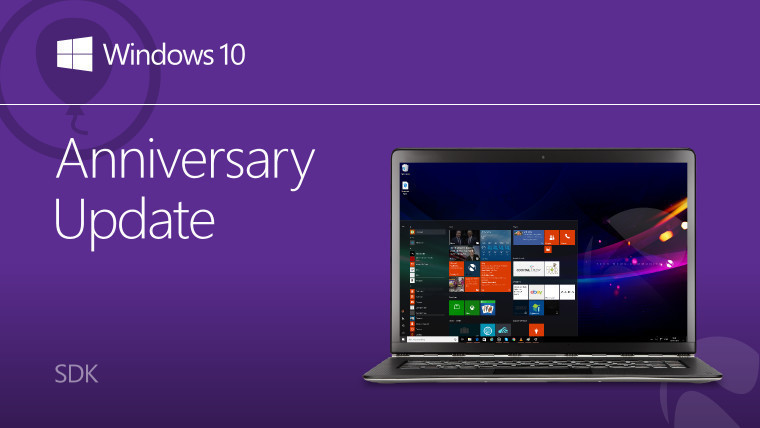 Microsoft has announced the availability of its latest SDK Preview for the Windows 10 Anniversary Update, which will be released this summer.

The last SDK Preview was build 14332, which arrived in late April; the version released today is build 14366, so it can be used with that Insider Preview build of the OS and subsequent releases, until the next SDK Preview arrives.

SDK Preview build 14366 includes various bug fixes and "under development changes to the API surface area". Notably, it brings a fix for a frustrating issue in SDK Preview build 14332, which prevented the Desktop App Converter Preview (also known as Project Centennial) from running. This is no longer a problem with the new SDK Preview, but you will need to download an updated version of the converter here.

Microsoft warns that "if you are working on an application that you need to submit to the store, you should not install the preview." And as always, Microsoft says the preview "is a pre-release and cannot be use in a test environment", adding that you should only "install the SDK on your test machine".

You can download Windows 10 Anniversary Update SDK Preview build 14366 from the developer section on the Windows Insider site.