As 2015 nears its end, Microsoft has published a selection of highlights showcasing some of the year's top searches, along with search trends for some of the most notable events of the last twelve months. 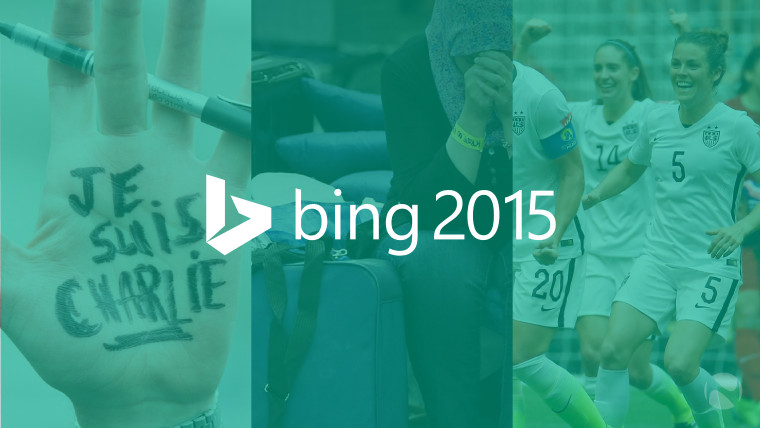 The Bing Trends US website shares some fascinating insights; one example is the rise of searches for women in sports, thanks in no small part to the triumph of the US soccer team in the FIFA Women's World Cup, and the extraordinary performance of tennis star Serena Williams.

Microsoft also cast a spotlight upon the rise in searches for 'refugees' versus 'migrants', after the devastating image of the body of three-year-old Aylan Al-Kurdi, shown washed up on a beach in Turkey, circulated around the world. The company notes that, along with other tragedies, it "brought the desperate plight of refugees vividly into focus", prompting people to search for ways that they could "provide aid and support to the refugees, particularly children, and what the US could do in response to the crisis."

The Trends site focuses on other notable events too - from the terrorist attacks in Paris, to the exploration of Mars and Pluto, and transgender issues, following the appearance of Caitlyn Jenner on the front cover of Vanity Fair.

...along with various other top-10 lists. Hit the source link below to dig a bit deeper into the various search insights and trends in the US. There are similar Bing Trends sites available for other markets too - including the United Kingdom, France, Spain and Germany, among others.