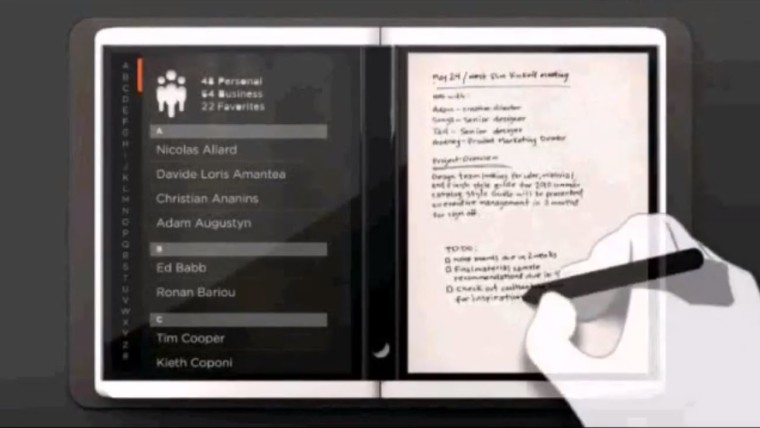 According to a report from The Verge, Microsoft held an all-hands meeting for its Devices team where it showed off the rumored Centaurus device. Employees lined up to see the new hardware, something that the Surface team doesn't typically show off until it's ready to unveil it.

Centaurus is a dual-screen laptop. It's not to be confused with Andromeda, the 'pocketable' dual-screen device, which was rumored to be killed off last July. Centaurus will be more the size of a small laptop, and it's meant to be the hero device for a series of dual-screen and foldable PCs, such as the ThinkPad X1 foldable PC that Lenovo already teased.

Centaurus is described as a Courier-like device. If you don't remember the Courier, it was Microsoft's last attempt at a dual-screen device from years ago, and it never came to market.

These new devices will also run a new version of Windows, the vision of which was described by Microsoft at Computex as a modern OS. It's currently known as Lite, and it's built on Windows Core OS. Windows Core OS, of course, is already in use on the HoloLens 2, despite the fact that Microsoft hasn't announced it yet.

It's quite unheard of for the Surface team to show off hardware so far ahead of launch. We probably won't see any of these dual-screen or foldable PCs in real life until early 2020. But with Lenovo already showing off its foldable device, it could be that it's been decided that these should be built in the open, gathering feedback and use cases to make a better product.