Not all that long ago, when Nokia was developing its first MeeGo smartphone, there were those who believed that the company would never embrace Android. That possibility seemed even less likely after Nokia launched its first Windows Phone, and yet that's exactly what happened with the launch four months ago of the Nokia X, X+ and the larger XL.

After Microsoft took over the Nokia devices business, some insisted that there wasn't a snowball's chance in hell that the company would launch another Android handset. But today, Microsoft proved the doubters wrong by launching the Nokia X2, another component in its grand plan to get its apps and services into the hands of as many users as it possibly can. 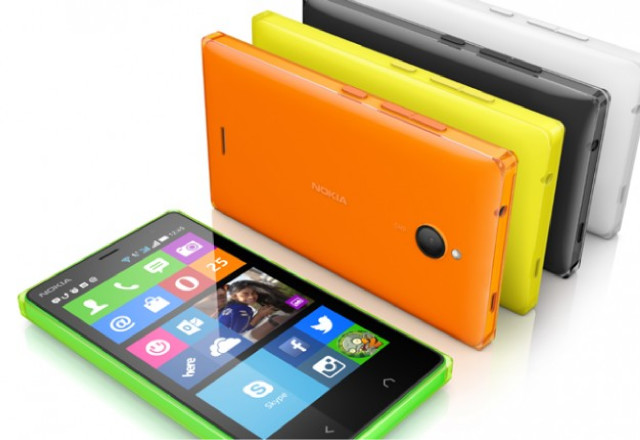 Much about the X2 is familiar at first glance, but there are many key differences between it and the original Nokia X. The screen is bigger than the X, for a start, growing from 4- to 4.3-inches, although the WVGA (800x480px) resolution is unchanged. The X2 also gets a bump in RAM, up from 512MB to 1GB, along with a faster 1.2GHz dual-core Snapdragon 200 processor, as well as dual-SIM capabilities.

Improvements have been made to the camera as well; where the X made do with just a 3MP rear camera, the X2 has a 5MP shooter - including LED flash - as well as a VGA front-facing camera for video calls and selfies. 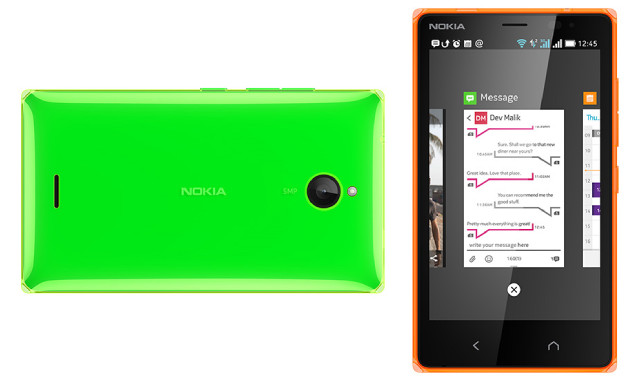 As previously rumoured, the X2 gets a new dedicated home button, answering criticisms about the difficulty of navigating through the user interface with only the back button that featured on the X. The X2 also gets 'Inner Glow' bodywork, similar in style to the glossy covers of Nokia's Lumia 635, and the earlier Lumia 620.

As you would expect, the Nokia X2 will continue to undercut the price of the company's newest entry-level Windows Phones. While the 3G-only Lumia 630 is on sale now in Europe for around €119 EUR (around $162 USD / £95 GBP), the X2 goes on sale today "in select countries globally" priced at €99 ($135 / £79) before taxes and subsidies (exact local pricing will vary by market).

Green, orange and black models will be first to launch, with white and matte dark grey coming later.