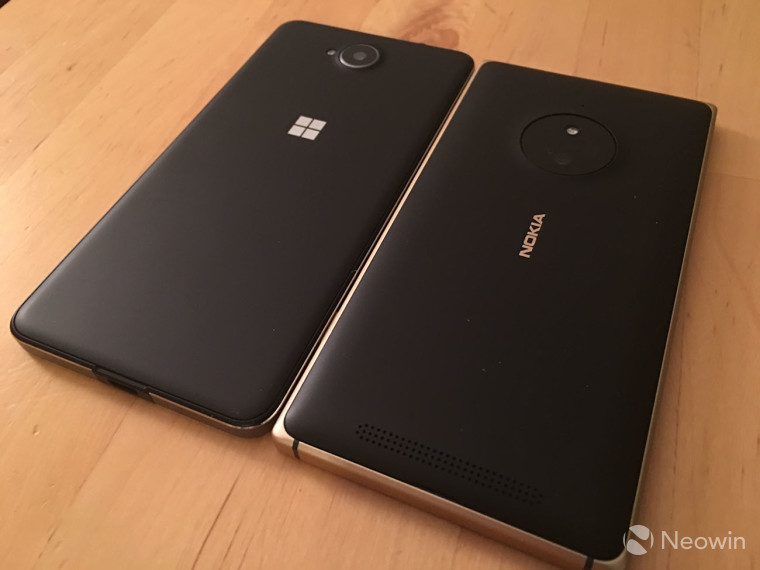 Ever since I got my hands on the Microsoft Lumia 650, it became clear that the device punches well above its weight.

When I did my initial camera tests for the device, I also brought along the Lumia 550, 640, and third generation Moto G, thinking that these would be the comparisons that I'd write up. After writing up all three comparisons, it really seemed like I was doing the Lumia 650 a disservice. It had smoked the Lumia 550 and 640 and all along the way, I had been saying that the device is more like the Lumia 830 than anything else.

After all, the Lumia 650 is faster than the specs would make it seem, it has a beautiful display, a decent rear camera, a great front camera, and a fantastic design.

On the other hand, the Lumia 830 features a similarly fantastic design, a great rear camera, a sub-par front camera, a nice display, wireless charging, and it's equally snappy in performance. The one difference is that Microsoft branded the Lumia 830 as an "affordable flagship".

At the time, the Lumia 830 was certainly not affordable, selling for $449 for an AT&T locked model (bundled with a Fitbit Flex) or $499 unlocked (no Fitbit included). The idea of calling it a flagship was also in question, powered by Qualcomm's lower mid tier chipset, the Snapdragon 400.

After using the Microsoft Lumia 650 for a week and a half now, it's very clear to me that if the Lumia 830 is an affordable flagship, then the Lumia 650 is even more so. The Lumia 830 was dubbed a flagship not because of performance, but because of features. The Lumia 650, while excelling in different areas, can match those features at less than half of the price.

* - Pricing for Lumia 830 is the unlocked model at launch. The device is no longer available in the Microsoft Store and therefore there is no more official pricing.

Snapdragon 212 and 400 are very similar chipsets. It would seem that when Qualcomm upgraded the Snapdragon 200 to the latest generation, they pretty much made it on par with the Snapdragon 400.

Qualcomm also added LTE support and 1080p video capture and playback in the latest iteration of Snapdragon 2xx, and with the bump in GPU, it's pretty much a Snapdragon 400 with another name, with a few minor differences. 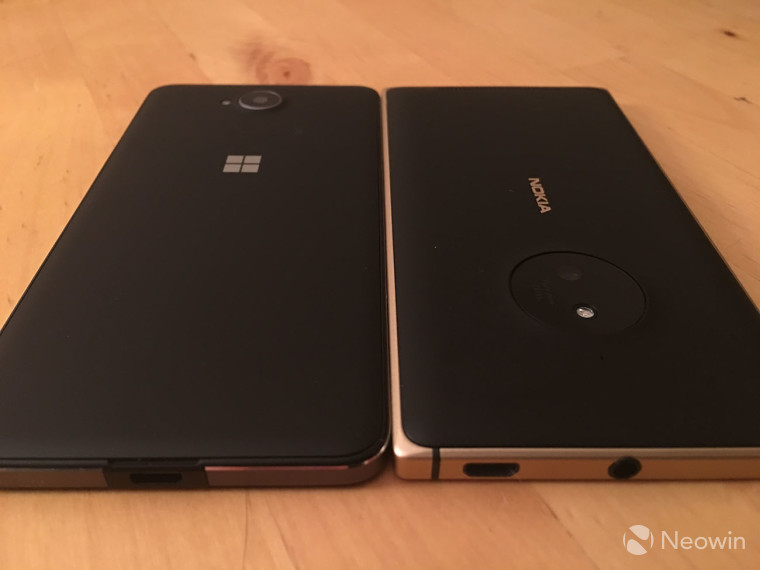 As is obvious, the designs of these two devices are very similar to each other. They both feature a metal frame with a matte polycarbonate back cover.

The Lumia 830 came in a variety, offering models that came in black, white, green, and orange. Like very few phones, the device actually came with two removable backs. Later, Microsoft would release a limited edition gold variant of the device, which would come in black and white.

Lumia 650 only comes in two colors: black and white. It does, however, have a very rare feature for Lumias. It's actually the first Lumia since the Nokia Lumia 710 where the white model has a white front.

Both phones have beautiful displays of the same size and resolution, the Lumia 650 sporting an OLED and the Lumia 830 rocking an IPS LCD. While the OLED on the Lumia 650 has more vibrant colors and serves better for Glance, Lumia 830 has a stunning curved glass display.

The easy way to state the pros and cons between OLED and LCD is that OLED looks better but LCD provides better longevity, as it's not susceptible to burn-in. 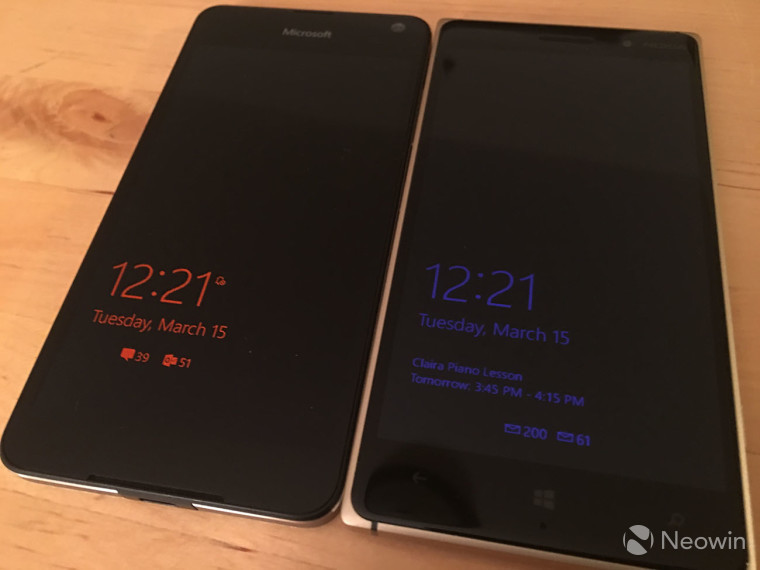 As has been reported time and time again, Windows 10 Mobile is historically buggy. The newer builds are in much better shape, but at some points, you might want to roll your device back to Windows Phone 8.1. The fact is that you simply don't have the option on a Windows 10 Mobile device, such as the Lumia 650. 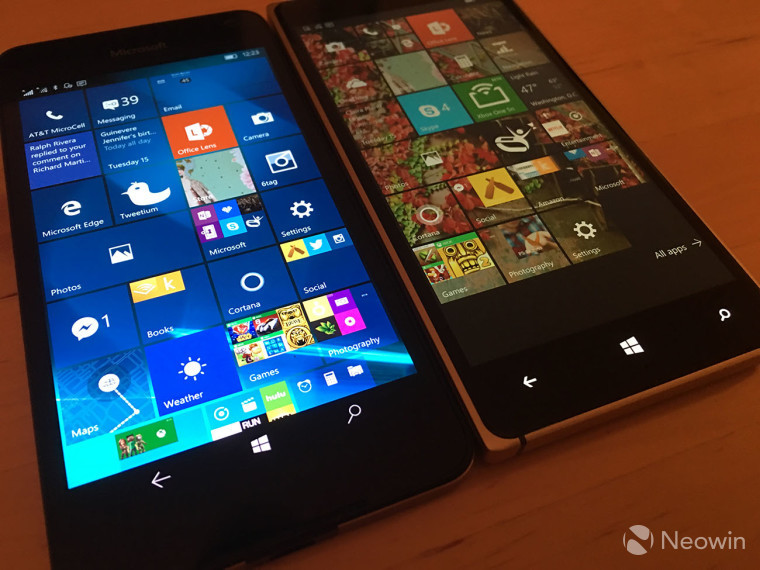 The Lumia 830, on the other hand, has the option of upgrading to Windows 10 Mobile through the Release Preview ring of the Insider Preview. As we've noted before, the "official" Windows 10 Mobile update will not be bundled with device specific firmware, so you'll get the same bits through the Program.

Speaking of Rich Capture, that nicely brings us into the rear camera, a department where, before looking at any samples, we can predict that the Lumia 830 will win. After all, other than sheer aesthetics and some more minor features, that was the only area where the device actually earned its title of "affordable flagship".

So what the heck is Pureview, anyway?

I'm glad you asked. Pureview has been a brand that we've seen on flagship Lumias since Windows Phone 8 was introduced, as well as the Nokia Pureview 808.

So the Pureview camera is just the one with the better specs, right? Nokia just sprinkled a little bit of pixie dust to deliver that amazing low light performance? Not quite.

Then came the Microsoft Lumia 640 XL. This device featured a non-Pureview 13 MP camera with f/2 aperture and 1/3" sensor. At this point, the Lumia 640 XL had better camera specs than many Pureview sensors and yet wasn't branded as one. What gives?

Pureview started out in the Nokia Pureview 808 as oversampling. The device had a 41 MP camera that would "oversample" the huge image to produce a lower resolution image. The larger image would also be saved so the photo wouldn't lose quality when the user cropped, zoomed, or resized it.

Then Pureview 2.0 came along with the Nokia Lumia 920, which had an 8 MP sensor. There was clearly no oversampling going on there.

There have been numerous iterations since, but ultimately, Pureview is defined as oversampling, optical image stabilization (OIS), or both. In other words, that defining feature between the Lumia 650's camera and the Lumia 830's is that the 830 has OIS.

One thing that I've always found phenomenal in the Lumia 830 is its ability to focus in low light, something that Lumias have historically struggled with. I did not use any manual settings for the above samples (obviously).

Note that for the two night shots, the first is without flash and the second is with.

It's hard to imagine a world where the Lumia 830's 0.9 MP front camera outperforms the Lumia 650's 5 MP camera, but we're certainly going to find out.

Resolution tends to not matter on rear cameras because they're almost universally larger than the resolutions of our screens, so everything has to be scaled down. A higher resolution only provides the ability to crop a photo without losing quality.

On the other hand, the 0.9 MP front camera in the Lumia 830 is the same amount of pixels as a 720p display, so it's much easier to tell the difference when compared with a 5 MP camera, which is much greater than 1440p, but still less than 4K.

As we can see, not only does the Lumia 650 provide better quality, but also a much larger field of view.

It's time for my normal disclaimer: I'm not a fan of benchmarks, as they rarely provide any insight into real world usage; however, I provide them because people want to see them.

First up is the old AnTuTu beta app. While many would discredit any results from this app, it's great for comparing Windows phones to older phones that might not have access to new apps. Also, it's still testing the same thing on each device, so it is relevant. 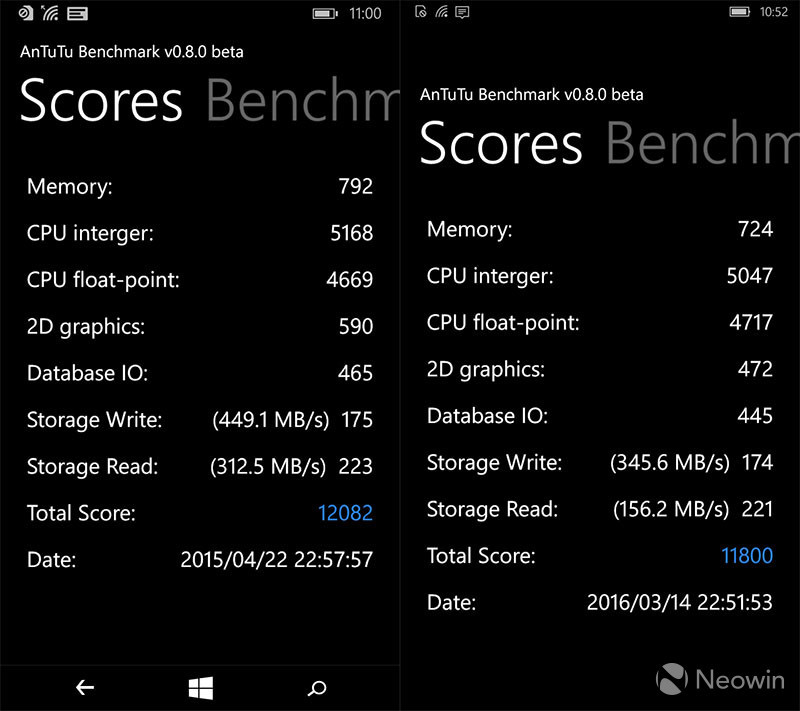 As we can see, the Lumia 650 outperforms the Lumia 830 in just about every way. Let's move on to the new AnTuTu UWP beta app. 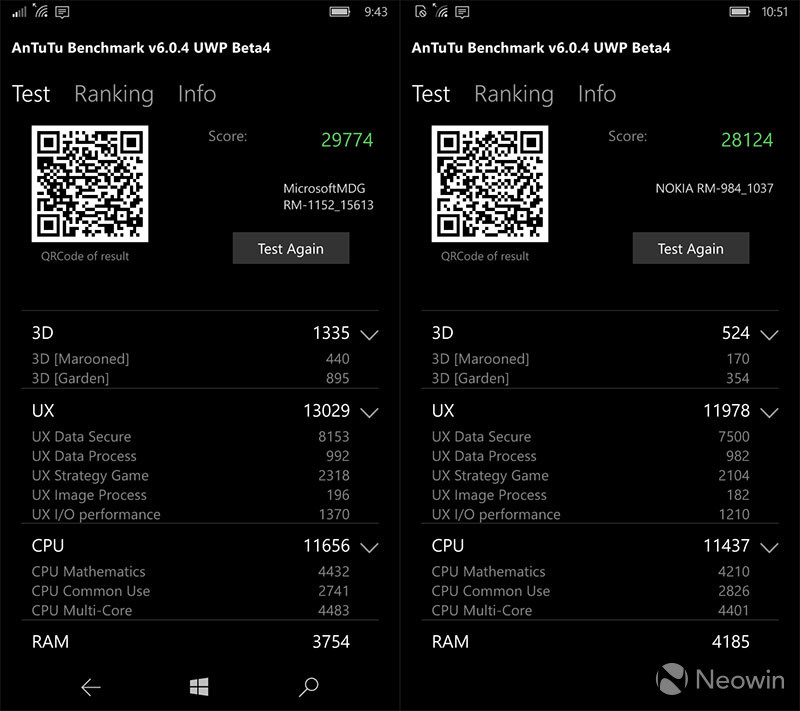 Once again, the Lumia 650 wins. It's not the first time we've seen results similar to this, but it's odd that the Lumia 650 scores better in the graphics portions, as the Lumia 830 has the better GPU.

Finally, we have GFXBench, a benchmarking app that's renowned for testing the GPU. 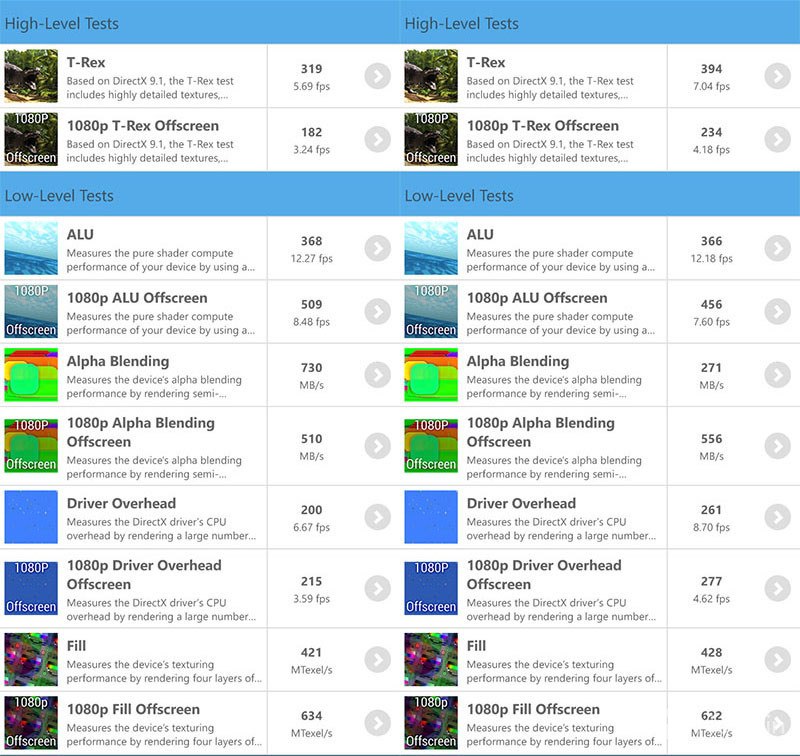 As we can see here, there are winners on both sides. 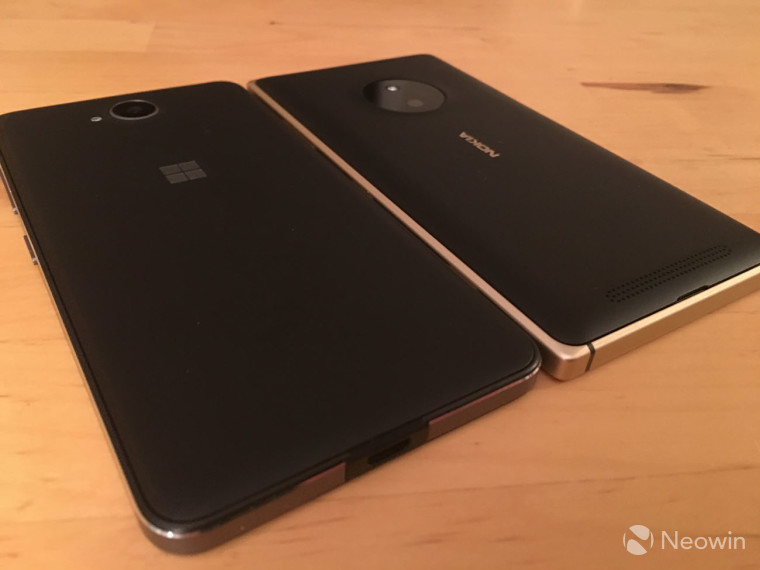 Both of these devices are undoubtedly phenomenal. They're beautiful and they both punch well above their weight, considering the internals.

On the one hand, the Lumia 830 has the better rear camera (with a camera button), wireless charging, a beautiful display, and a stunning design, and that was enough to call it an affordable flagship, despite not actually being affordable.

On the other hand, we have the Lumia 650, which has a decent rear camera, a far superior front camera, a better display, and an equally stunning design. It's also super thin and light, and well, it's actually affordable.