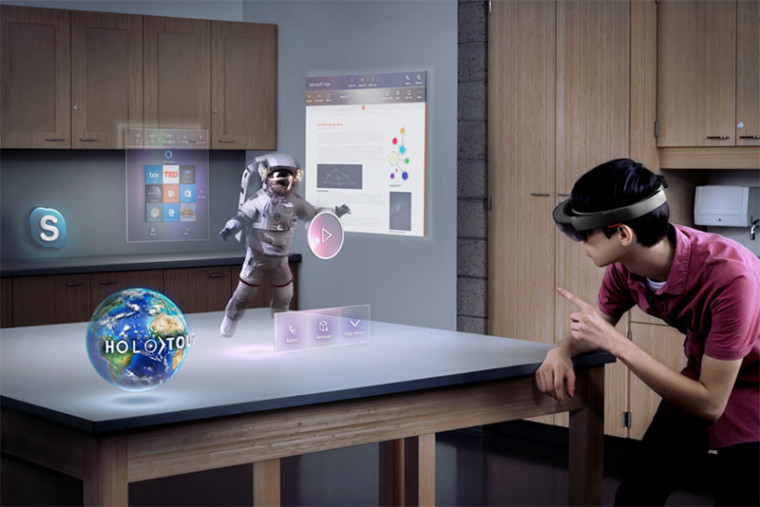 Microsoft made a huge announcement earlier today at Computex, as the company unveiled its plans to allow partners and device manufacturers to use Windows Holographic in their VR, AR and mixed reality devices.

Windows Holographic is the platform that powers HoloLens and allows the device to mix real world objects and people into holographic or virtual environments. It’s also the platform that allows developers to run Universal Windows Apps in virtual environments. Finally, Windows Holographic also integrates with Microsoft’s cognitive services allowing natural user interfaces like voice commands, computer vision and so on.

And as of today, Microsoft just transformed Windows Holographic into, perhaps, its most important platform. The company envisions a world where VR device makers, like HTC and Oculus use Holographic as the digital backbone for their services. By integrating Holographic into their products, device makers and software engineers can take advantage of Windows APIs, Xbox Live Services and, most importantly, all the hard work that Microsoft put into the HoloLens’ software.

The company demoed a scenario where HTC Vive users could interact with HoloLens users in a more collaborative and standardized fashion, though neither of the two companies announced an actual partnership.

Microsoft’s play is a big one, as the company is basically looking to do for the nascent field of VR and mixed reality what it did for PCs with Windows. If their strategy is successful it could mean the Windows brand will live to power a whole new generation of devices as computing and PCs change in a radical way.

Finally, the company also confirmed what we had already uncovered, that it would be holding a big Mixed Reality event at WinHEC later this year, where it plans to further detail its vision for virtual and mixed reality and how partners can get involved.