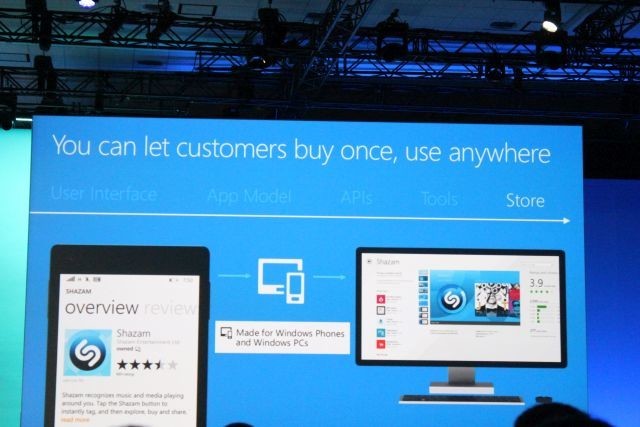 Last week as part of their many BUILD 2014 announcements, Microsoft revealed their "universal apps" program, which will allow developers to make one app that will work on Windows 8, Windows RT and Windows Phone. It will also allow consumers to pay for an app once and have it work on all three platforms. This week, Microsoft announced that it has made some changes to its app pricing structure in order to support universal apps.

In a blog post, Microsoft said that the price changes are now live and offer app creators "a single set of price tiers across Windows and Windows Phone." As part of that new system, Windows 8 and RT apps can now be priced at 99 cents and $1.29 for the first time. Microsoft says that apps in this price range that have been released for Windows Phone in the past take up 55 percent of all app transactions for that platform.

Microsoft has also made some alterations in app prices based on foreign exchange rates, taxes and market-specific pricing customs. The blog states that app developers might see some of their prices go up and others go down, depending on the local market.

The first apps that will support Microsoft's new universal app program should go live in the Windows Store and Windows Phone Store in a matter of weeks. Microsoft says that more announcements and changes for their Windows app store efforts will be announced next week.