In the last couple of days, some news outlets reported that Microsoft Spain had listed a new lower price for the Xbox One. The Spanish Xbox site listed the console at €349.99 EUR for the Kinect-free SKU, almost €50 cheaper than at present. Curiously, though, the lower price was only visible on the mobile version of the site. 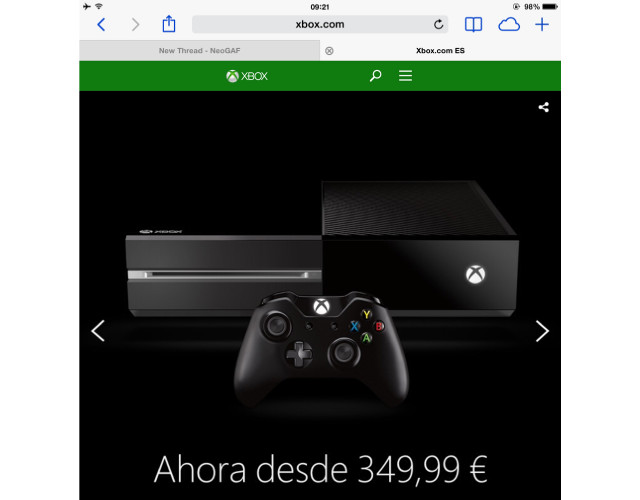 We read these reports too, but something didn't quite add up - in particular, the timing made very little sense, given that Microsoft has only recently launched the lower-cost version of the Xbox One without Kinect. It's also an odd time of year to be making a price cut, especially with the all-important holiday shopping season still months away.

Predictably, Microsoft has now confirmed that there is no price cut on the way. A spokesperson for the company told TechRadar that the lower price was listed "in error", and that the company has no plans to reduce the Xbox One's price further - at least for the foreseeable future.

Given that sales of the Xbox One have doubled since the cheaper Kinect-free version went on sale, that's not at all surprising - with significantly greater demand at current prices, there is little incentive for Microsoft to push prices down further right now.

Nonetheless, sales of Microsoft consoles continue to lag far behind those of its Sony rivals. The latest official figures from both companies show that combined sales of the PS3 and PS4 were more than three times higher than those of the Xbox 360 and Xbox One during the last quarter.