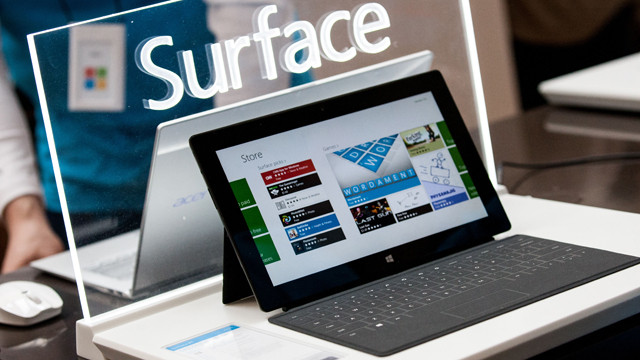 Microsoft began selling its Surface tablets in Taiwan, the country where they're manufactured, on Sunday.

How long does it take for a company to launch a product in the country where it's made? About nine months, apparently.

Microsoft began selling its Surface tablets in Taiwan on Sunday, the same day the company temporarily slashed prices for the Windows 8 version of the device, the Surface Pro. Taiwan's Pegatron manufacturers both the Surface RT and Surface Pro tablets, though the tablets have primarily been sold in North America, Europe and Australia. Microsoft also sells the tablets in China, where it created special versions for the country's native language.

Sales of the tablets began at noon Sunday, when 100 Tsann Kuen Enterprise and Fayaque electronic stores became the first outlets to officially sell the Surface RT and Surface Pro in the country. The Surface Pro will feature a reduced price until Aug. 29, when Microsoft plans to end its temporary price cut; Taiwanese customers will pay the equivalent of about $100 less for the tablet until that time.

Microsoft recently took a one-time $900 million charge for excess Surface inventory, later revealing it has only sold about $853 million worth of the tablets from their launch on Oct. 26 to June 30. Steve Ballmer, Microsoft's chief executive, recently stated the company is testing new Surface tablets with "typical improvements."