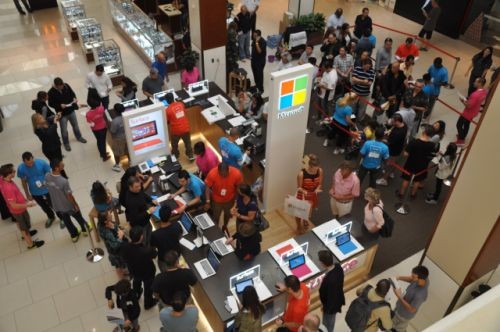 We've been keeping an eye out for new job listings that indicate new Microsoft Store locations are opening for the past month or so. Today, Microsoft has confirmed that two of the company's smaller specialty retail stores opened today, one at the Queens Center shopping complex in Elmhurst, New York and the other at the International Plaza and Bay Street in Tampa, Florida.

We have previously reported that Microsoft has put up online job openings for managers to help run unannounced specialty stores in Sacramento, California; Arlington, Texas; and Novi, Michigan. Microsoft has yet to comment on when these stores will. The company will also be opening several full size retail store locations in the U.S. over the next several weeks and months, including Salt Lake City on April 11, Beachwood, Ohio on April 13, San Francisco, California on April 25 and Miami, Florida on May 18th.