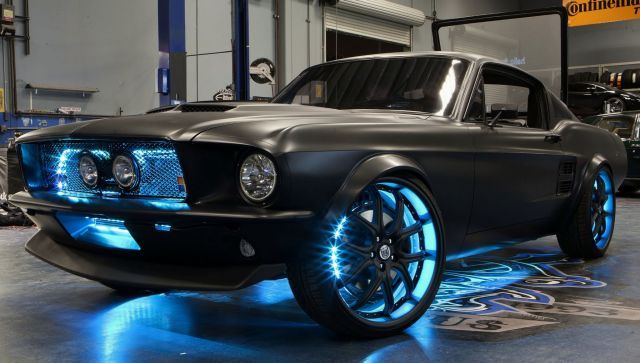 Microsoft has some of its technology in cars already. However, for the past few months it has been working with famed car modder team West Coast Customs to outfit and modify a true American muscle car, the Ford Mustang, with all sorts of Microsoft-based hardware and software. The final result can be seen on Microsoft's Channel 9 web site.

The blog post states that the 2012 Mustang was outfitted with a number of items from Microsoft, many of which have never been integrated into a car before now. For example, the car's windshield has been equipped with a heads-up display that shows information such as map directions powered by Bing. There's even a way for a passenger to play Xbox games via the windshield HUD.

The Mustang also has both front and rear Kinect devices which can be used to view items such as pedestrians outside the car. The blog post states, "You can even watch and listen to the live audio and video stream from the Kinects remotely using a Windows Phone and send a message to the external audio system like 'Hey skateboarders: stay away from my car.'"

The Windows-modified Ford Mustang can be seen in motion on an episode of the TV series Inside West Coast Customs. The episode will be shown on Sunday, March 25th at 9 pm Eastern time on the Discovery Velocity network.