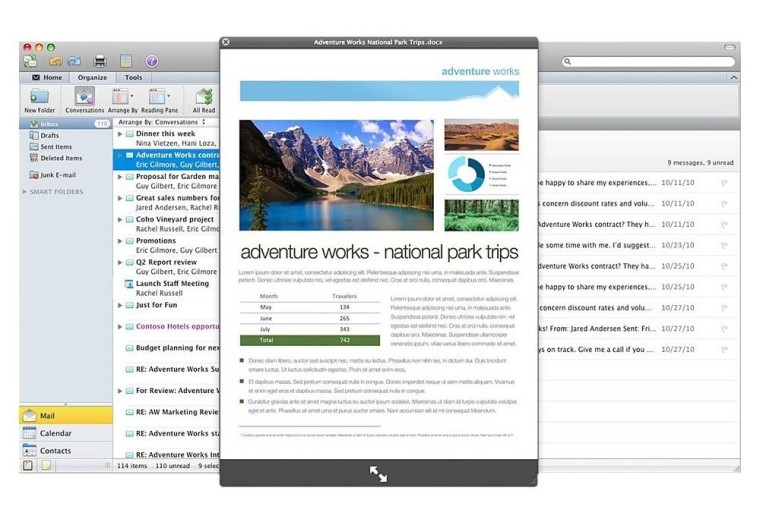 If you're one of the users who upgraded OS X to El Capitan last week and are having issues with Outlook 2011, you're in luck: Microsoft has released a fix for the show-stopping bug affecting Outlook 2011 for Mac. The Microsoft KB article (KB 3098396) describes how the bug caused Outlook to hang whenever it attempted to sync online with email servers:

Shortly after you start Microsoft Outlook for Mac 2011 on Mac OS X El Capitan (version 10.11), Outlook hangs when it tries to sync with the server. The Spinning Wait cursor is displayed, and the application status is displayed as "Not Responding."

The issue did not affect offline users, however this would obviously leave Outlook's functionality severely crippled. Thankfully the patch appears to resolve the issue and is much better than Microsoft's advice prior to this update, suggesting users roll back to OS X Yosemite.

Despite Office for Mac 2011 receiving a patch, Office 2016 for Mac still has serious bugs itself including the apps crashing. Microsoft told MacRumors they are working on a fix:

"We know that some users of Office 2016 for Mac are experiencing issues as a result of upgrading to Mac OS X 10.11 El Capitan. We are actively working with Apple towards resolution."

Users can download the Office for Mac 2011 14.5.6 Update (113.4 MB) via Microsoft AutoUpdate or in a package at Microsoft Support.