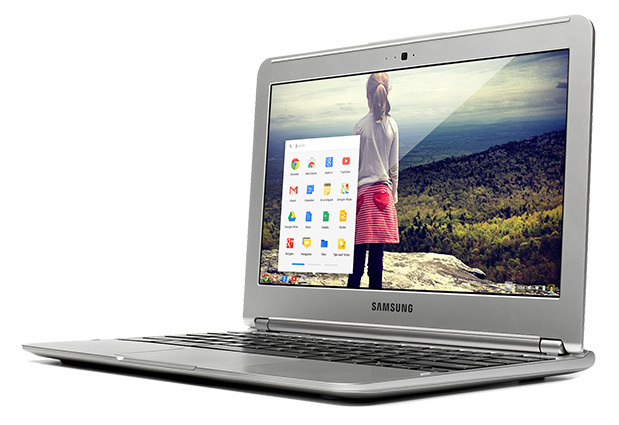 Google has announced a new Chromebook that will available on Monday for $249. The new ARM based computer will be a fan-less machine and Google is hoping that it will be your next companion device.

Samsung will be building the new Chromebook and it will run on a Exynos 5 processor with an 11.6in screen, weighs 2.5lbs, 6.5hrs of battery life, boots in 10 seconds, and you get 100GB of storage via Google Drive for two years.

Google touts easy account switching, portability, and of course, Google products are built in to the device. An interesting feature that comes with these devices are 12 free Gogo Inflight passes. This will allow you free access to the web when you flying on a plane equipped with GoGo's in-flight Wifi.

Google also states that they are taking care of viruses too by stating: "Viruses, malware and other nasties are taken care of. No extra software (or worrying) required.". It does not state if anti-virus software is included or if they are counting on the fact that ARM based malware/viruses are not a threat at the moment.

The low priced Chromebook reminds us of the Netbook craze that swept across the industry a few years ago where consumes bought up tons of cheap laptops at a similar price point. While that phase has passed, Google looks to be playing into that same segment with the Chromebook. Will the Chromebook live up to the standards we expect from Google, only time will tell, but a $249 laptop is certainly on our radar.