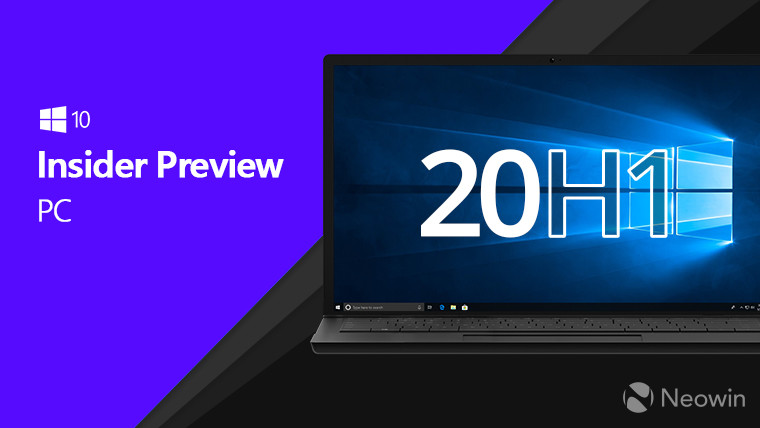 It's that time again, time for a new Windows 10 Insider Preview. Once again, today's build is available in both the Fast and the Slow rings, since the two are aligned until the Fast ring gets moved to the next feature update. We're getting close to the RTM build now, so build 19041 doesn't include any new front-facing feattures.

As usual, there are several fixes and improvements in the build. They're small lists these days, since Windows 10 Insider PReview builds are now arriving twice a week. Here's what got fixed and improved in build 19041:

The fact that the watermark is gone has been listed for a few weeks now. And while it's always clear that it doesn't mean the team is done, it does mean that the team is close to done. Also, there are some known issues to be aware of:

As usual, there's nothing crazy in the known issues list, such as a few things that Microsoft has to look into and an issue with anti-cheat software that has been there for over a year now. It's up to game developers to fix that, so it's presumably going to be listed on every Windows 10 Insider Preview blog post until the end of time.

You can download today's build through Windows Update. If you're not on the Fast or the Slow ring, you can get started in the Windows Insider Program tab.