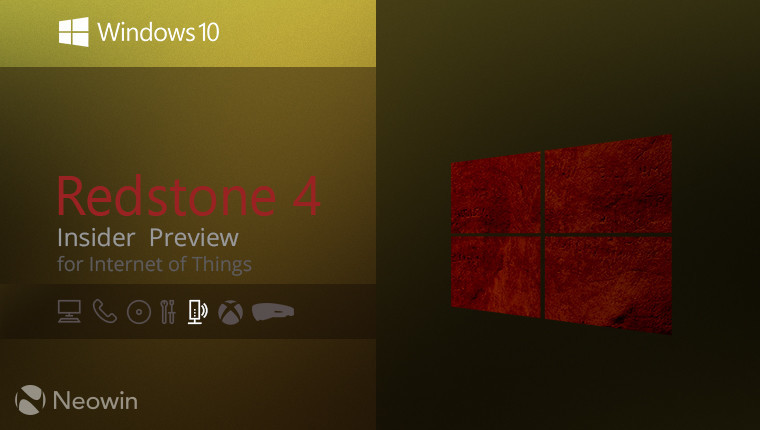 While there haven't been any Windows 10 for PCs Insider Preview builds today, Microsoft isn't taking the day off. The company released a new build of Windows 10 IoT Core, and an SDK Preview, both of which are build 17083. It's also worth noting that Microsoft hasn't published a changelog for either one yet, although Clint Rutkas has confirmed that SDK Preview build 17083 will have a blog post up tomorrow morning.

Build 17083 is the first Windows 10 IoT Core build to be released since 17035, which was released back on November 15, alongside of a new Server build.

SDK Previews tend to show up a bit more frequently these days. They used to be timed with Slow ring releases, but now it seems that they show up every time there's a Fast ring build. Indeed, 17083 also coincides with the latest Windows 10 build in the Fast ring, as 17074.1002 is the latest one in the Slow ring. Microsoft has confirmed that there will not be any ISOs for it.

You can install the new SDK Preview alongside of other SDKs, which means that you can use it in a production environment. As usual, only Visual Studio 2017 is formally supported.