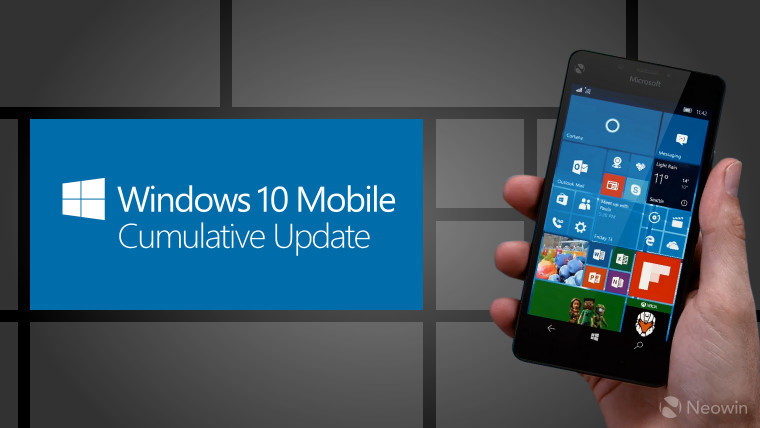 If you're using Windows 10 Mobile on the Fast ring, it's once again time to check for updates, despite build 14342 being released just two days ago.

The cumulative update brings the build number to 14342.1003, and as you would probably guess, there are no new features. Instead, the build focuses on reliability improvements.

There doesn't seem to be a changelog available with a list of specific fixes, but it should be in better shape than its predecessor.