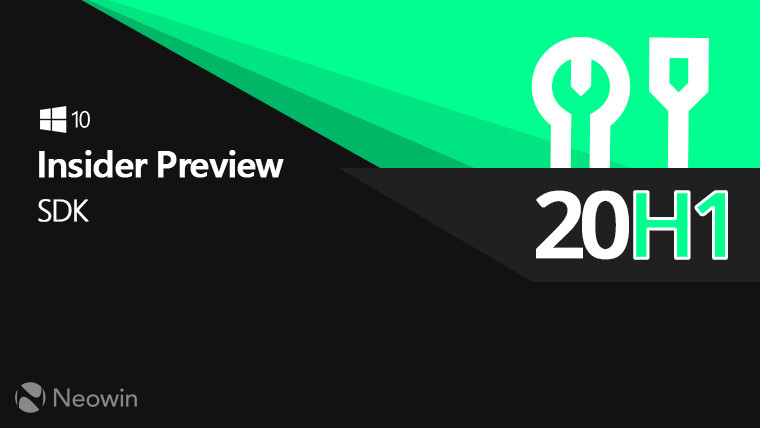 In line with Microsoft's trend of releasing new Windows 10 SDK preview builds on Tuesdays, build 19023 is now available to download. It's a mystery what has changed with this build, since there's no blog post for it yet.

Seeing as Windows 10 itself hasn't been getting any new features over the past few weeks, it's unlikely that there's anything major in this release. In fact, the entire 20H1 development cycle is pretty minor, seeing as not much has been added so far, and the update is expected to RTM as early as next month. It's likely that there won't be any bug changes between now and then.

As usual, if you want to try out the new build of the SDK, you'll need to be running Insider builds of Windows 10 and running Visual Studio 2017 or higher. You can use this build alongside a stable build of the SDK and continue to develop apps using it, as long as you target Windows 10 version 1909 or earlier.

If you're interested in it, you can download the latest build of the SDK from here, along with the corresponding builds of the Assesment and Deployment Kit (ADK), Windows Driver Kit (WDK), and Hardware Lab Kit (HLK).