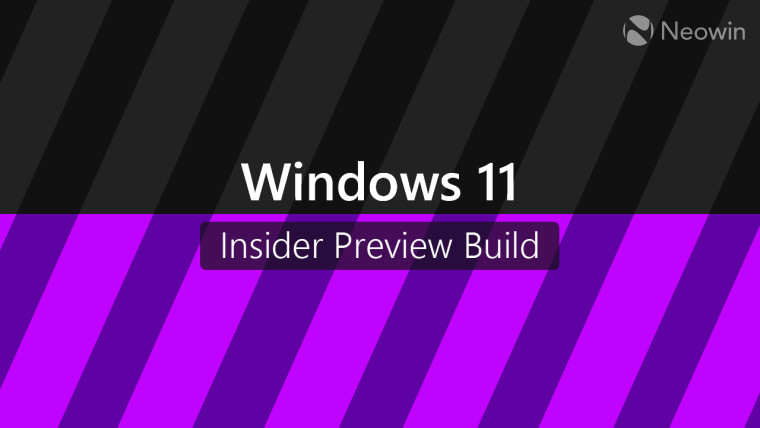 With the release of Windows 11 now nearing, it is not surprising to see the firm begin focusing on bug-fixing releases alone for the Beta channel, while Dev channel users begin to test bits that are slated to be added to the OS in a future release. The company had already begun cautioning Dev channel users that the upcoming builds will be “less stable”.

As for the Beta channel build today, there are improvements to OS in the form of bug fixes. There is just one interesting change, which is the inability to right-click on the Search, Task View, Widgets, and Chat icons on the taskbar and unpin them directly. Users will now have to do so from the Taskbar settings option. There isn't anything in the way of features, which isn't surprising as the OS is close to being complete and ready for shipping to OEMs and eligible users. Here are all the fixes:

The following issues were fixed in the most recent Store updates:

AS with every build, the company is also listing the known issues that users must be aware of. While the list is still long, expect these to gradually be addressed in the next few builds as the firm prepares the OS for general availability, which is expected to happen in October. Additionally, fixes made as part of the Dev channel build are also expected to make it to Beta channel releases, so the next few builds might begin addressing all the issues listed below.

In addition to this, the Microsoft Store update with a revamped Library Ui and improved navigation is introduced with the last Dev channel build is also making it to the Beta channel with today's update.

Microsoft has also announced that it is releasing Windows 11 in the Release Preview channel for Windows Insider Program for Business customers as an optional update, allowing those customers to begin validation and acceptance testing. Those that do not want to move to Windows 11 can also begin testing Windows 10 version 21H2.

Now that the firm has decoupled Windows 11 builds slated for release later this year from the Dev channel, focusing on bug fixes for the Beta channel, it will not be surprising to see the OS head to Release Preview channel users in the next few weeks, especially since commercial customers are already eligible in that channel. Dev channel users, however, will start testing features and changes that will make it to the OS in a future release, likely the 22H2 updates slated for next year.