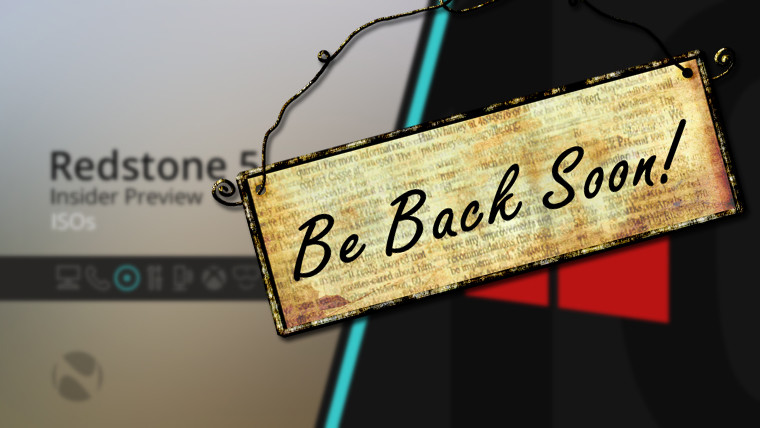 It has been nearly four months since Microsoft released a new ISO image for Windows Insiders. In fact, build 17127 was from the last development cycle, and it wasn't even the RTM build for the April 2018 Update.

And while it's been over two weeks since the company finally released a Redstone 5 build for the Slow ring, there aren't going to be ISOs for it. Since the Insider team typically offers the two latest ISOs, it's been offering 17127 and 17115, two builds that no one should really have any reason to use.

So now, due to the inability to release a new image in almost four months, Microsoft has removed those two builds from the download page. They've been replaced with a message in the dropdown menu that only says "Coming Soon".

In fact, the two builds that were previously being offered are expired now. That means that even if you got your hands on them, you probably wouldn't be able to use them.

Microsoft isn't providing a timeline for when there will be a new ISO, but it will probably coincide with the next Slow ring release. And given the embarrassingly slow rate of new builds for the ring, it will likely be a while.

With the latest Fast ring build, Microsoft switched from RS_PRERELEASE to the RS5_RELEASE branch, meaning that it's winding down development on the next feature update, focusing on fixes. This is the first time that the transition has been made before ever publishing an ISO, or with only one Slow ring build available.