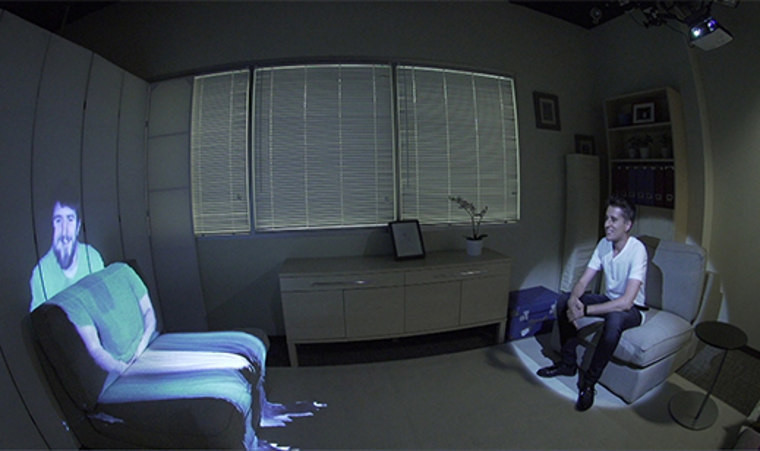 For over a decade now, people have been using VoIP services, with very few innovations. Microsoft Research is planning to shake things up a bit, with plans to introduce projections of the person you are talking to, in order to create a more lifelike experience - the new project is called Room2Room.

To test whether the projections could do anything useful and thus further immersive video calling, subjects were chosen to participate in an experiment that would test the Room2Room's capabilities. As part of the experiment, the subjects had to use 3-D blocks to build shapes. When in-person, the subjects took 4 minutes to to complete the task, while the Room2Room interaction took participants seven minutes, with a Skype interaction taking the longest at nine minutes.

While the results from this initial trial are fairly promising, Room2Room is not yet ready for mainstream use because it requires bulky hardware. In the future, Microsoft could resolve this problem by utilizing Hololens to display the other person's projection to the wearer. Another issue that still needs to be resolved by the researchers is that of resolution, as it's currently too difficult to see where a person is looking.

Overall, this is an impressive step for video calls to make and the test results show that the implementation isn't clumsy. Whether such technology will be useful to people when Microsoft is ready to release it remains unknown, but a the main key to its success will lie in the device's form factor.

Source: The Next Web | Image via Technology Review