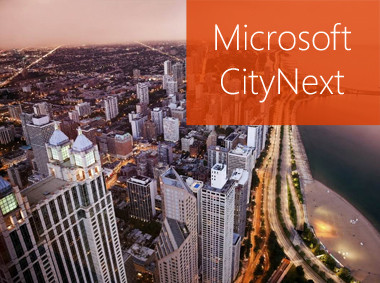 Cities around the world have to deal with a growing host of problems, but solving these problems will require new and innovative ways to help their citizens. Today, Microsoft formally announced a new project called CityNext that aims to help cities around the world take advantage of the technology and services that Microsoft and its partners provide.

Microsoft's press release offers up a summary of what CityNext is all about:

CityNext helps leaders make the most of their existing investments to find new ways to overcome challenges and reach their goals. With the new era of innovation, cities can enable new capabilities using flexible cloud services, empower city employees with enterprise-grade devices and apps, and innovate on their terms with modern solutions and big data platforms. This innovation can allow critical information to flow seamlessly between municipal departments and among government, businesses and citizens, driving efficiencies that can let cities put more resources back into the community.

So how does this program actually work? Microsoft offers up a few examples such as OpenData BCN in Barcelona. Using Windows Azure, OpenData BCN is a massive and secure database that allows the general public to access tons of facts about the city. Citizens can download the Better City Indicators app for Windows 8 to view the data, which can help if a person wants to learn where to start a business in Barcelona or which part of the city would be best suited for a new family home.