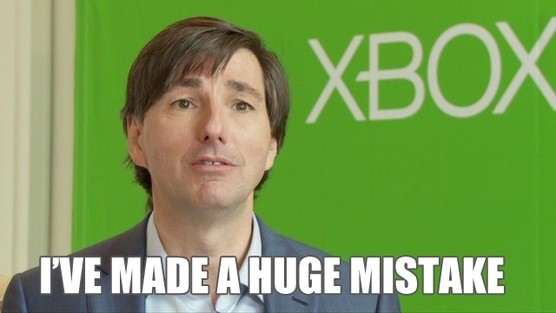 This was to be the future of entertainment. A new wave of gaming where you could buy games digitally, then trade, share or sell those digital licenses. Essentially, it was Steam for Xbox. But consumers were uninformed, and railed against it, and it was taken away because Sony took advantage of consumers uncertainty.

We want this back. It can't be all or nothing, there must be a compromise.

This petition follows Microsoft's reversal of their original DRM policies for the Xbox One. Controversially, the Xbox One originally needed to connect to the internet every 24 hours to verify that multiple users weren't accessing the one copy of a game; games that would have been permanently linked to your account, stored on your console or in the cloud, and shareable with up to 10 other people.

Following Sony's announcement that the PS4 wouldn't have always-online or game sharing restrictions at E3, and a public outcry from "uninformed" members of the public, Microsoft reversed these policies. This means that the console essentially operates the same as the Xbox 360, where games are not linked to your account and still require the physical disc to play.

Currently the petition has around 6,000 supporters out of a needed 7,500 8,000 of a needed 10,000, after the petition starter changed the initial required signatures in the hope of gathering more users to his cause. By hitting up the source link below you can add your name to the petition in the hopes that Microsoft will respond.