Microsoft's Skype team has certainly been busy lately. A few weeks ago, the company launched a major overhaul of its iPhone app, followed shortly afterwards by an update for Windows Phone, which introduced Cortana integration for US users on its latest OS version. Now, it's sending some love Android's way, with the release of Skype 5.0 for the Google OS. 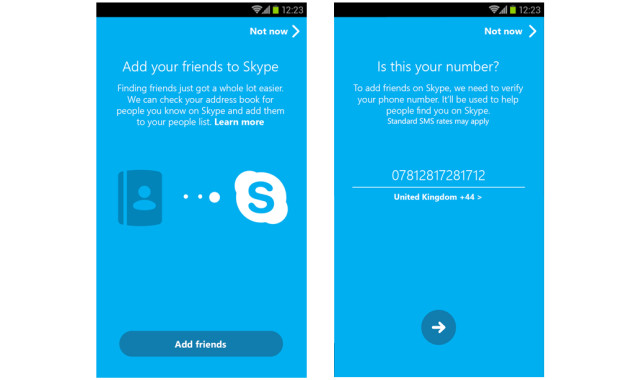 The latest version finally introduces the option to integrate your Skype contacts with those on your handset. However, you won't yet be able to search for phone number matches between your contacts in Skype and those on your device, although this is promised in an upcoming update. Microsoft says that "in the coming months", it will be asking Android users to verify their phone number to enable this feature.

For the first time, Skype for Android will also be able to automatically connect to your address book from other Microsoft services, such as Outlook.com or People on Windows 8. This feature requires that you sign in to Skype with your Microsoft account.

With all these improvements on the mobile front, hopefully it won't be too much longer before Skype rolls out that new UI it's been testing for its Windows desktop client.