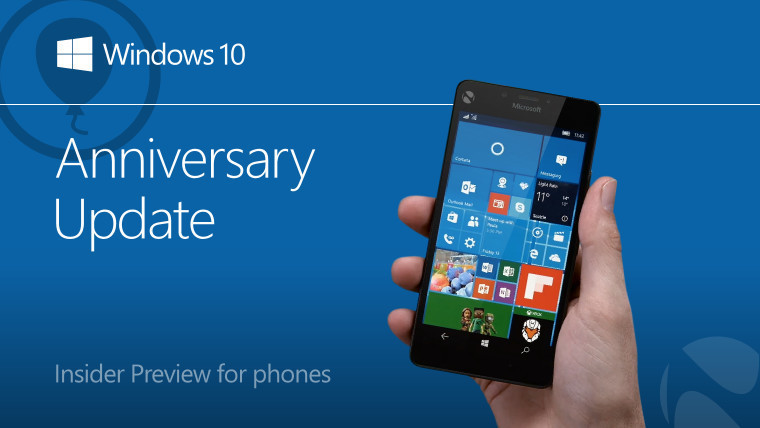 Just a few days ago, Microsoft released Windows 10 Insider Preview build 14367 for PCs and phones to the Fast ring. Today, it's following up with another Fast ring release, build 14371.

Currently, the new Insider Preview is available only for Windows 10 Mobile devices, but Microsoft's Dona Sarkar said today that it should be making its way to PCs soon too.

Alas, there are no new features in build 14371 - the "what's new" section points only to Microsoft's announcement earlier today of its new Windows 10 Mobile Wallet app with tap to pay support. However, while that feature is only available to Windows Insiders in the Fast ring for now - and on just three devices - you don't actually need build 14371 specifically to be able to use it.

But while there's not much in the way of new stuff in this latest build, there's a long list of improvements and fixes:

As Windows 10 Mobile edges closer towards the release of the Anniversary Update this summer, new builds should become increasingly stable. It's no surprise, then, that the list of known issues in build 14371 is fairly short:

We'll keep you posted on when Windows 10 Insider Preview build 14371 arrives for PCs, so stay tuned to Neowin, and be sure to follow us on Twitter @NeowinFeed, so that we can keep you up to date.