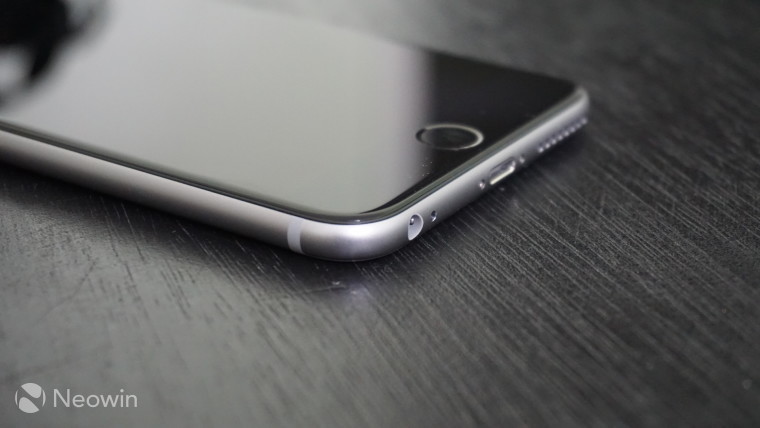 Apple's next iPhones are expected to arrive this autumn, as the company's launch devices for iOS 10, which it unveiled this month at its Worldwide Developer Conference. But it seems these new versions of the handset may not offer many improvements over the current models - although one controversial change is looking increasingly likely.

Apple has established a 'tick-tock' release cycle for its iPhones, launching a major new model every two years, with less radical upgrades offered in its 's' handset releases between them. But according to The Wall Street Journal, the firm is planning to break with that tradition this year, launching new models with only "subtle changes" compared with the current iPhone 6s and 6s Plus that went on sale last September.

Citing unnamed 'people familiar with the matter', the report states that the new models will have identical 4.7- and 5.5-inch display sizes to the current handsets. But in a controversial move, it also claims that Apple is pushing to make the new iPhones even thinner, and that this will necessitate the removal of the 3.5mm headphone jack.

Customers wishing to use older headphones or headsets would therefore be forced to connect them to the new iPhones via an adaptor. However, with only a single port on the device, users are unlikely to be able to charge their handsets while using their 3.5mm headphones at the same time.

The same sources claimed that the decision to remove the dedicated headphone jack is also being prompted by Apple's desire to make its new iPhones water-resistant - but given that many other water-resistant handsets have been on sale for years with 3.5mm headphone jacks, this seems to raise more questions than it answers. Indeed, as the video below shows, the current iPhone 6 and 6s seem to cope remarkably well with water immersion (although given that Apple doesn't advertise that capability, repeating this experiment with your own device is not recommended):

Rumors that Apple is planning to remove the headphone port from its new iPhones have been swirling for several months, and have since been corroborated by various independent sources and analysts, although Apple itself has not yet confirmed those reports, or made any comments on its iPhone plans.

With only minor improvements expected for its new models this year, the company is expected to be planning a far more significant iPhone upgrade for 2017, potentially including OLED screens and the removal of the home button, replaced by sensors integrated into the display itself. Apple's chief designer Jony Ive has reportedly been pushing for iPhones "to appear like a single sheet of glass".

Apple published an unsettling quarterly earnings report in April, in which it revealed that its iPhone sales had dropped by 16% year-over-year. That was soon followed by the longest losing streak in the company's share price for 18 years, prompting its CEO, Tim Cook, to go on TV to talk up the "great innovation in the pipeline" for its new handsets.

He insisted that Apple's new iPhones will "give you things that you can't live without", with features that will encourage existing owners to want to upgrade to its new models.