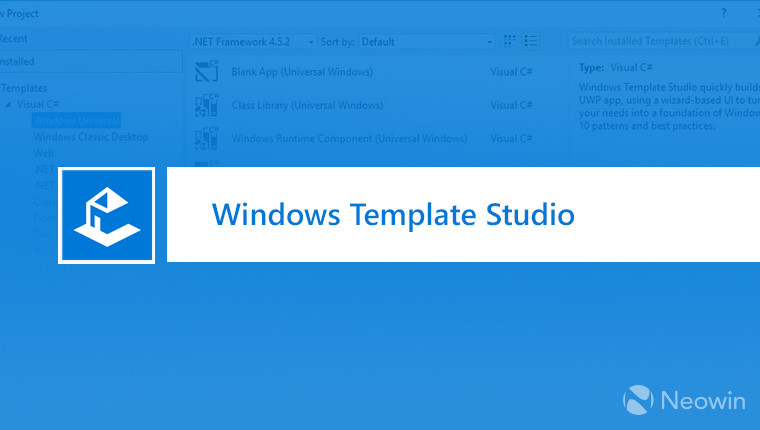 Microsoft has released its latest version of Windows Template Studio, a replacement for Windows App Studio and geared towards developers who wish to create apps for the company's Universal Windows Platform. Here are some highlights of what's new in version 1.5, with a full list of changes available over on the dedicated GitHub page:

In addition to the announced changes for 1.5, Microsoft also weighed in for what is planned for future versions of Windows Template Studio, some of which are already baked into the nightly release, those are: