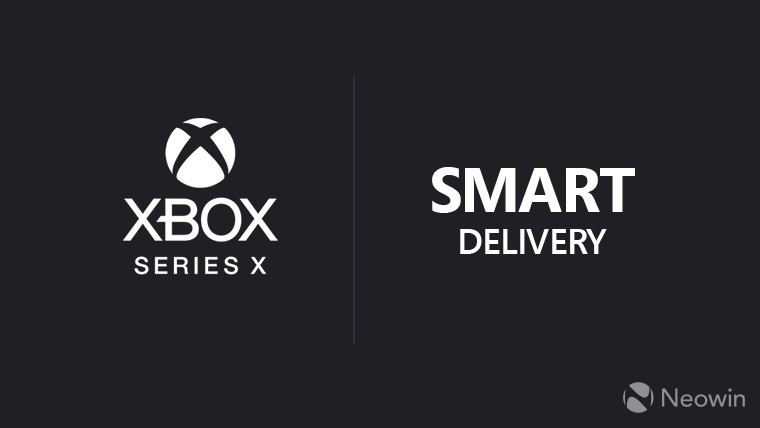 Back in December, Microsoft showed off its next-generation console, the Xbox Series X, during The Game Awards. It then proceeded to share details about the controller, as well as the full spec sheet and special features. Now, the company has revealed a bit more info about Smart Delivery, something highlighted during the May Inside Xbox episode.

In essence, Smart Delivery allows you to buy a game once and get whichever version is right for your current console at no additional cost. There are some similarities between this and Xbox One X Enhanced updates, which were also delivered for free to existing owners.

Let's say you buy a game for your Xbox One, but then later down the line you decide to upgrade to a Series X. The system will automatically detect the change and download the necessary assets without you needing to pay extra or fiddle around with settings. For example, in case of Cyberpunk 2077 - one of the first titles to announce support for Smart Delivery -, you'll play on Xbox One, then make use of Backward Compatibility on the Series X when you upgrade the hardware. Once the next-gen optimized version is out, you'll get it at no additional cost. Game Pass titles will work in much the same way.

It's worth mentioning that support for this feature by Xbox Game Studios developers is a given, though third-party developers must opt in. And yes, if third-party devs of publishers opt in, even physical, disc-based games will be supported by the system.

Here's a list of currently confirmed titles with Smart Delivery:

Microsoft was keen to emphasize that the list will be growing in the coming months, and that those who buy the new Xbox will be able to take advantage of not just these titles, but also the entire Backward Compatibility catalog, and of course, Game Pass.