Microsoft's street art ad campaign for their upcoming Surface tablet has been going on for several weeks now, with ads for the tablet painted on the sides of buildings in various US cities. Now it looks like Microsoft is offering up some more conventional outdoor ads to promote their first PC hardware product. 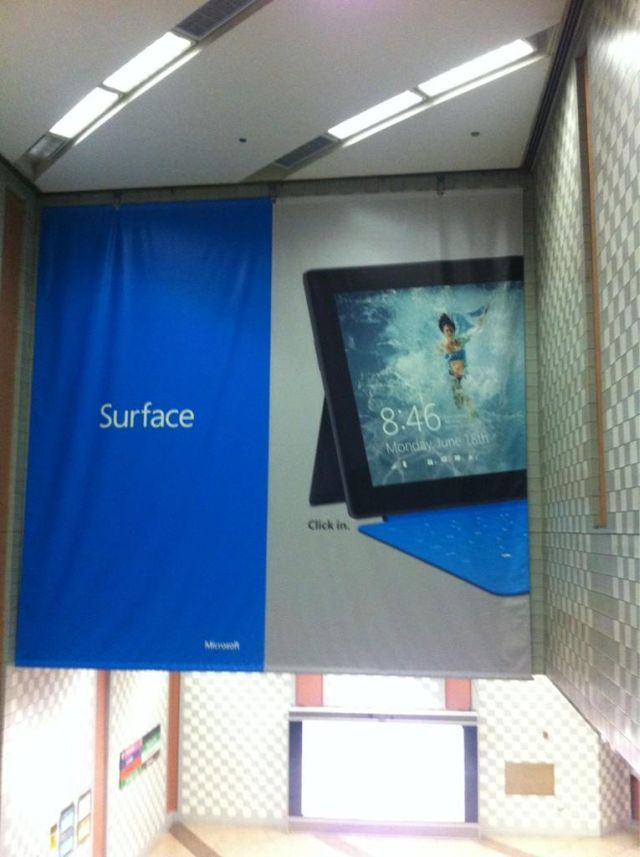 A Twitter post today from Chicago resident "A.L." includes a picture of a banner ad for the Surface. "A.L" says in a second Twitter message that the banner was taken inside a Chicago elevated train station, saying, "Clark/Lake on the green line/Pink Line as you come down the escalator."

Microsoft has still not commented officially on these Surface ads. Indeed, the company has mostly been silent about their plans for the Windows RT-based version of the Surface since it was first revealed in a Los Angeles press event in June. Recently, Microsoft CEO Steve Ballmer briefly showed off a Surface tablet at an event designed to promote a Windows 8 app startup program.

With just 24 days until the launch of Windows 8 and the Windows RT model of the Surface, we suspect that Microsoft will be making some announcements concerning the tablet, including its official price, any day now.