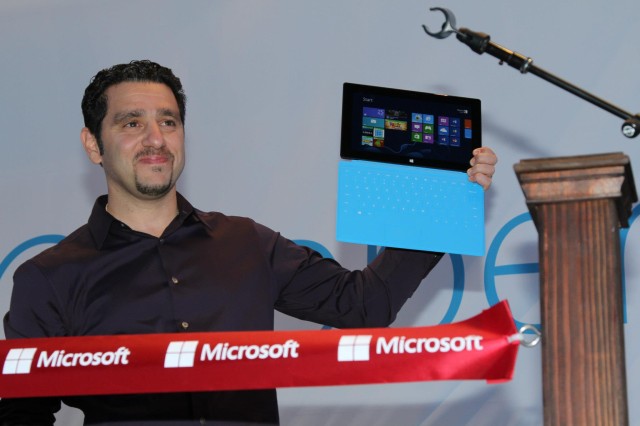 With the launch of Microsoft's Surface Pro tablet just a few days away, the company is offering the public a chance to chat with the man leading the team behind the tablet. Surface general manager Panos Panay will take part in a Reddit AMA (Ask Me Anything) session on Wednesday.

Both the official Surface Twitter page as well as Panay's own page have confirmed that he and other members of the Surface team will be taking questions from Reddit readers starting at 12:30 pm Eastern time (9:30 am Pacific Time)

Join me and the #Surface team on reddit tomorrow at 9:30am PT to chat about Surface Pro and the latest accessories. msft.it/6010nB04

The AMA session will be held just a few hours after the first online Surface Pro reviews go live, so it will be interesting to see if Panay will respond to any of the comments made by those reviews. Hopefully he will also reveal details about how the overall Surface tablet line up is doing since it launched in October; Microsoft has never given any official information about sales of the Surface RT tablet.