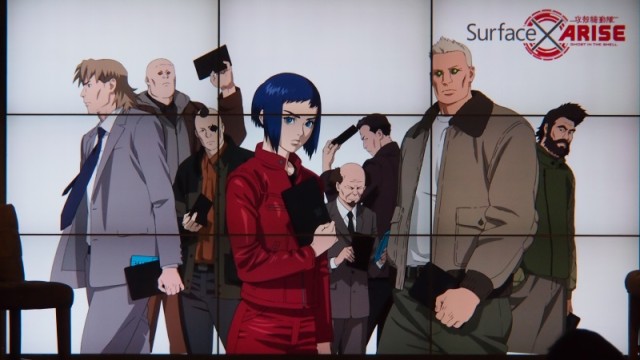 Microsoft continues to expand the territories for its Surface family of tablets. Today, the Surface RT version, running on Windows RT, made its retail sales debut in New Zealand and Japan. In New Zealand, the tablet's price starts at $739 RRP and will be on sale at Harvey Norman and JB Hi-Fi retail stores

The Surface RT's price in Japan starts at 57,800 yen. However, for its Japanese launch, Microsoft is doing something a little different. According to Impress Internet Watch, the Surface tablet will appear in the latest Ghost in the Shell anime series Arise. Reportedly, there will be four 50 minute episodes of the series, with the first to be shown in theaters in June, followed by a DVD-Blu-Ray release in July.

While Microsoft has yet to comment about sales of the Surface tablet family, a Bloomberg report this week claims that the company has sold 1.5 million units since it went on sale in late October 2012. That includes 400,000 units of the Surface Pro tablet, running on Windows 8 Pro, that so far have only been sold in the US and Canada.