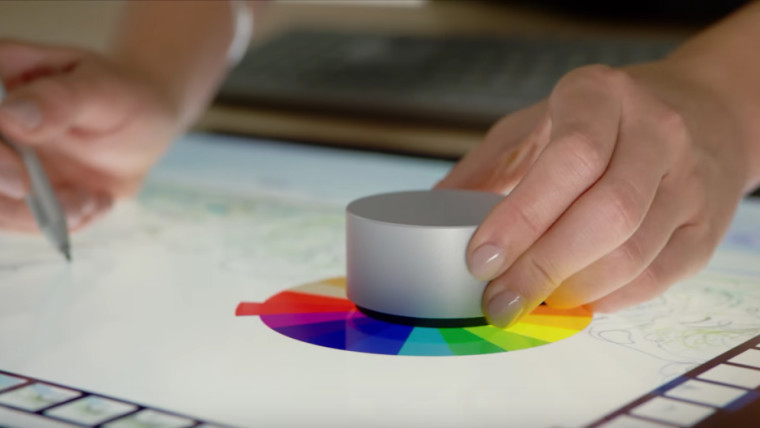 The Surface Dial was first introduced by Microsoft on October 26, 2016, the same day the company unveiled the Surface Studio. The peripheral was described as "a new tool for the creative process" and designed to fully work with the Surface Studio. Nevertheless, the Dial can also work with any Windows 10 PC, tablet or notebook running the Anniversary Update, but with limited capabilities.

The iFixit team has already dismantled the Surface Dial back on December last year, revealing to us everything inside the peripheral. And yesterday Microsoft released a new video detailing "what you need to know about the Surface Dial and how it works", which you can watch below.

According to the video, the Dial streamlines the creative and work processes by easily accessing the most used shortcuts with "simple presses and turns". The video also describes the pairing process that is required in order to use the peripheral with a compatible device.

Finally, developers can also build custom functionalities for the Surface Dial into their apps. Some examples of apps already making use of this possibility are Sketchable and Staffpad, among others. You can order a Surface Dial right now from the Microsoft Store for $99.99.