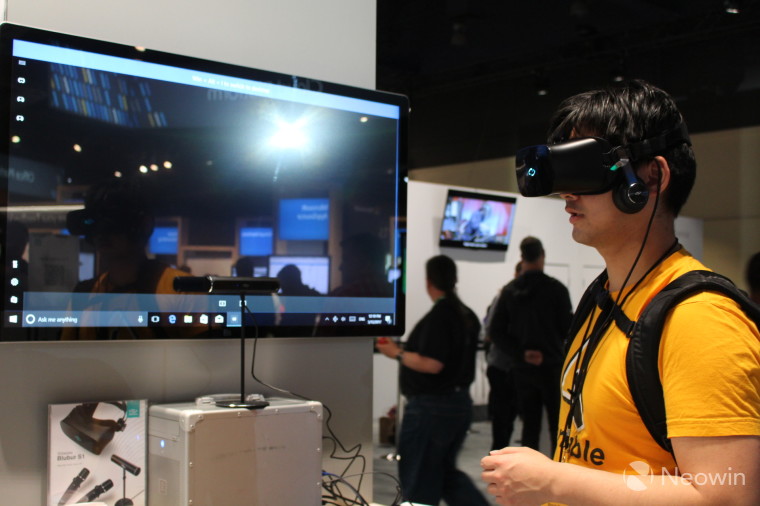 Microsoft has been building out its Mixed Reality group quite a bit since renaming the technology from Windows Holographic earlier this year. From new headsets to new game experiences, the company is betting on AR and VR as major success in the coming years. To support that theory, Microsoft today launched a new Mixed Reality Capture Studio and Mixed Reality Academy in San Francisco.

During its Mixed Reality event earlier this month, Microsoft used a developer and creator community hub dubbed the Microsoft Reactor as a backdrop for its showcase. The site had not officially launched yet, but viewers got an early glimpse at how important the company felt mixed reality would be. The Reactor officially launches today, housing the capture studio and academy within.

"We want to help MR experts become even more expert," Corporate VP for Microsoft Devices Marketing Liz Hamren said in a blog post announcing the launch. "We want to bring together the vibrant and unique perspective of our Bay Area developers. We want to help creators invent cutting-edge experiences that dazzle us in imaginative new ways."

The Mixed Reality capture studios are designed to "enable customers to create holograms that can be used for mixed reality experiences from 2D screens to fully immersive VR." The Academy will offer courses and workshops ranging from hacking and porting to learning how to become part of the Mixed Reality Partner Program.

Microsoft has been using a Mixed Reality studio at its corporate campus for seven years, and the new one in San Francisco is the first outside the confines of Redmond. The company also revealed that a similar studio is opening in London in thanks to a collaboration with Dimension, a joint partnership between Hammerhead and Digital Catapult. Hamren said that other studios are expected to be licensed around the world in the coming months.