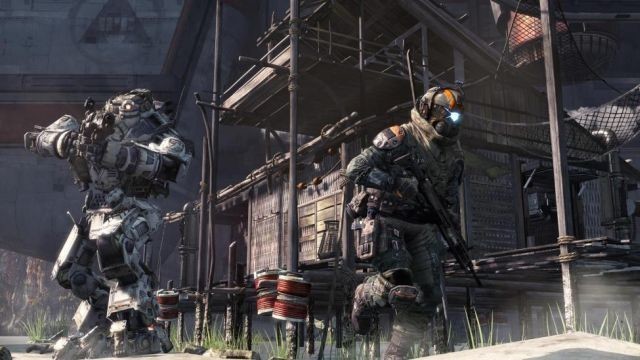 The Xbox One's game streaming feature is due to be added just in time for the Titanfall launch.

Microsoft will finally add a long promised and requested feature to its Xbox One console just in time for one of its biggest game releases. The Associated Press reports that the Xbox One's Twitch.tv app will be updated so users can live stream gameplay matches in March, around the time that the highly anticipated first person shooter Titanfall is released.

While the Twitch.tv app was included as part of the Xbox One's launch in November, it can only let users view game streams created by PC and PlayStation 4 players. However, the upcoming update to the app will not only include live streaming of games from the Xbox One, it will also add features that the PS4 version does not have, such as being able to join in a game that's being streamed, launching broadcasts via voice commands and a way to watch streams made from any device, including the PS4 (The Twitch.TV app for Sony's console can only view streams made by other PS4 players).

The feature should be used quite a bit by Xbox One owners who also decide to buy Titanfall from developer Respawn Entertainment. The game is only being released on Microsoft-based platforms (Xbox One, Xbox 360 and Windows-based PCs). Earlier this week Microsoft announced a new Xbox One console bundle that includes a digital copy of Titanfall for free.

Update: Twitch.tv has released a video showing how the game broadcasting features will work with the updated Xbox One app.