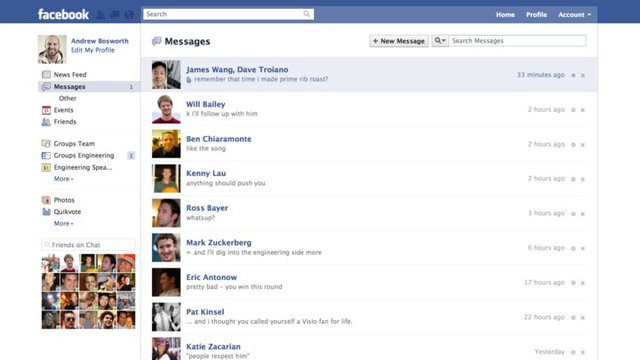 Facebook started the @facebook.com email service back in 2010, giving users the flexibility of chatting and sending emails through Facebook Messages. However, the service failed to gather momentum even after years of being available to the social network's one billion active users, leaving the company no choice but to discontinue it altogether.

The Facebook email service was lacking in many features that other web-based email providers have had for years, making it harder for users to take the service seriously. A spokesperson for Facebook said that, "We're making this change because most people haven't been using their Facebook email address." The company is expected to implement the change in early March and will notify the users beforehand.

It makes sense that Facebook has decided to discontinue the service, as bringing it up to speed with the others would require a substantial amount of resources and would not give any significant advantage to the company which is now focusing on faster means of communication such as mobile instant messaging.

Facebook recently purchased the WhatsApp messenger which is already very popular with the users and will soon be getting the ability to perform voice calls, giving Facebook a better opportunity to tap in new users.