Last week, Microsoft released an out-of-schedule security update for all supported versions of Internet Explorer, including one for Windows XP. Next week, the regularly scheduled monthly patches for Microsoft's products will resume with a total of eight security updates.

Microsoft has released a summary of what it will release on Tuesday, May 13th, otherwise known as "Patch Tuesday." Six of the updates are labeled by the company as "Important" and the other two have been determined to be "Critical" patches. 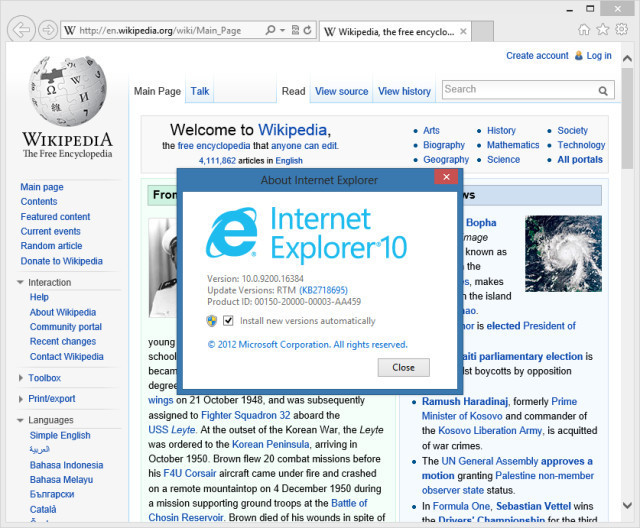 As usual, Microsoft did not offer any specific details of what will be fixed in these updates, in order not to give hackers a heads up on their plans before the patches are released. We do know that one of the critical updates also involves an issue with all versions of IE and will required a restart of the PC when installed. The other patch is for Microsoft SharePoint Server and Office Web Apps. Both critical updates are meant to fix a remote code execution issue.

This will be the first Patch Tuesday that does not have anything for Windows XP. Microsoft officially stopped public support for the 12-year old OS in April, but the company made a quick exception with last week's IE patch.

May 13th may also be the date that Microsoft releases new firmware for its Surface tablets. The company took a month off in April to concentrate on getting the Windows 8.1 update out to consumers.