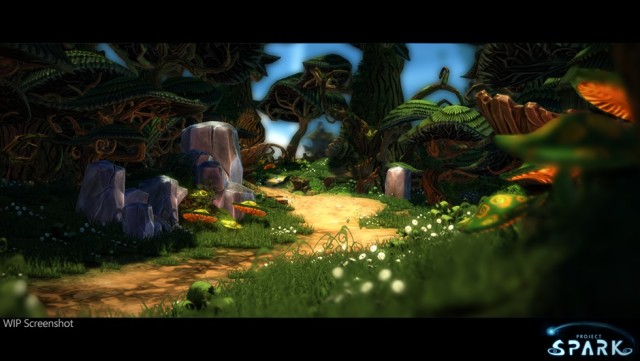 At E3 in June, Microsoft announced Project Spark for both Windows 8 and Xbox One, in a new attempt to offer anyone a way to create games quickly and easily with templates and a simple user interface. Microsoft started taking sign ups for potential beta testers later that month.

Today, Microsoft announced that invites for Windows 8 beta testers will begin to be sent out in October. People who wish to test Project Spark on the upcoming Xbox One console will have to wait until January 2014 to receive their beta invites.

Microsoft also announced that Project Spark will use the company's Kinect motion gesture and voice recognition technology in order for users to create their own character animations, dialog and even cinematic cut-scenes. It states:

Express yourself with facial capture technology and record dramatic scenes, make your own attacks, and much more. In addition, you can record your own sayings or sounds using the Kinect microphone, bringing the audial customization of your living world to an all new level of fun.

Project Spark will be free to download when it is released to the public, although Microsoft has hinted that additional content packs will require a fee.